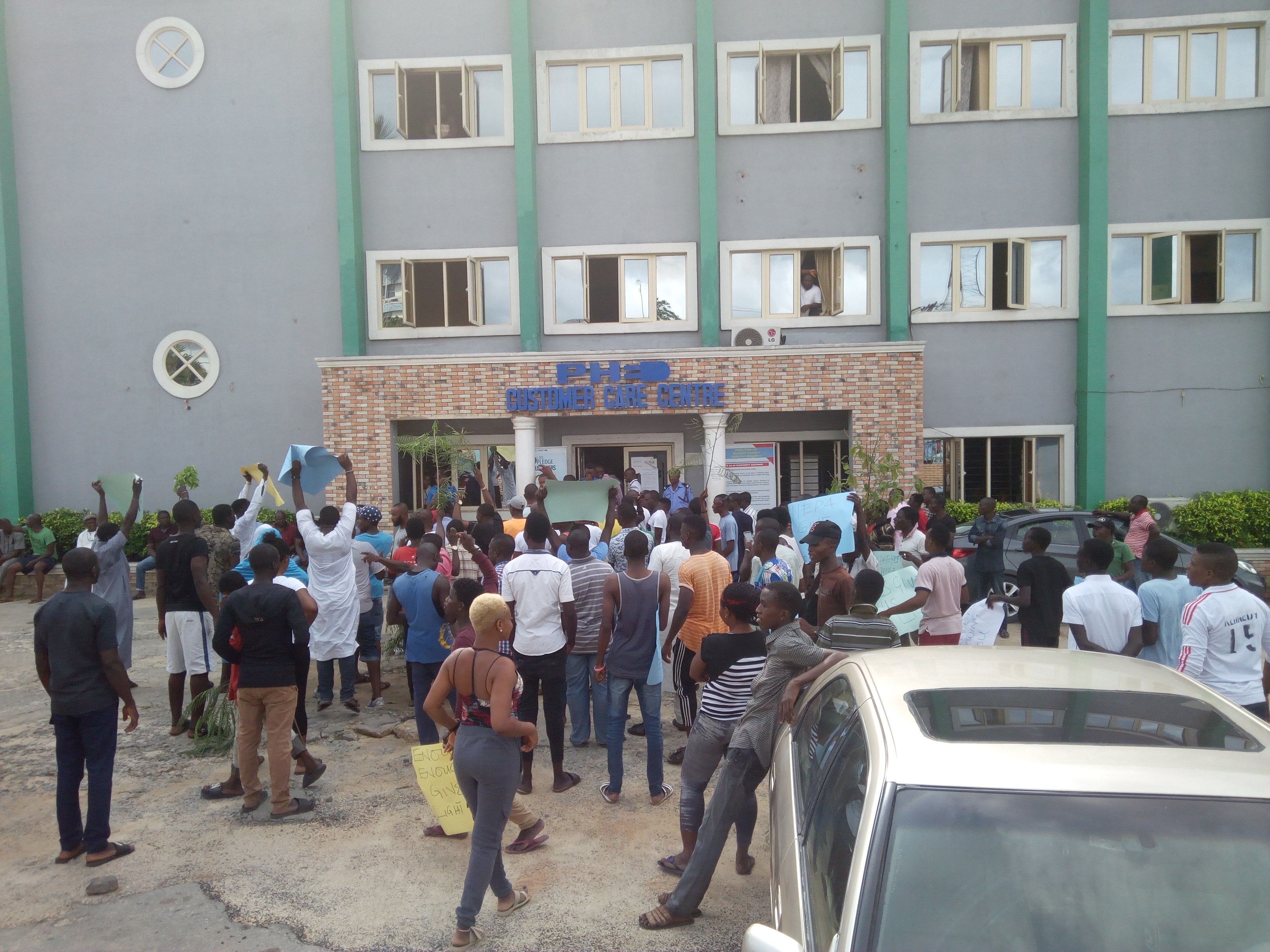 Residents of Bogobiri in Ward 1 of Calabar South local government area are currently protesting a two months long power outage in their area.

They are also complaining about the electrocution of three residents within a period of about 90 days.

“Three people have died so far and we don’t have light yet we pay bill,” an angry protester told CrossRiverWatch at the Calabar Customer Care office of the PortHarcourt Electricity Distribution Company.

The protester who declined giving his name continued in pidgin: “Three people have died. A young man who grew up not knowing the father has now died and left his son who will grow up not knowing his father.

“Some two boys were also killed at the slaughter and they are bringing bill for us which we are paying but there is no light all this time.”

The protesters carried placards with different messages inscribed on them. The young man was simply identified as 28 year old Ibrahim, a Bureau De Change operator who was electrocuted in July after he stepped on a fallen electricity cable.

Two street urchins, 15 year old Victor Asuquo and his unidentified colleague were also electrocuted in September while sleeping at the Suya Arcade in Bogobiri.

The area from parts of Otop Abasi through Bogobiri to the big drainage and Barracks road is a largely Hausa/Fulani and Muslim community.

And, the protesters say they will not leave until power is restored.

As at press time, the management of the PHEDC were yet to address the protesters.

It will be recalled that more than a dozen people were last year electrocuted at a viewing center in Calabar and victims of that incident have noy been adequate catered for or compensated, even after an investigative panel blamed the incident on the negligence of PHEDC.

Local Councils … When Grassroots Government Is Far From The People