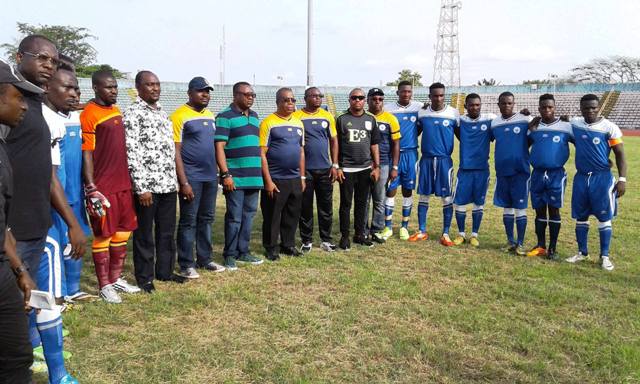 The Cross River State Government has engaged the services of a Romanian, Dorian Marin to manage the Calabar Rovers football club.

This is to inject fresh ideas and enable the club return to the Nigeria Professional Football League by next season said the Commissioner for Youth and Sports Development, Asu Okang while presenting Mr. Marin to the management of the team in Calabar, the state capital.

AIT Television reports that the Commissioner said the hiring of the new coach was part of the restructuring policy of Ayade’s government in developing sports in the state, explaining that for twenty two years, rovers has not lived up to expectations the club was known for.

Mr. Marin who assured the state of a new beginning with the club and said his wealth of experience in Europe, Asia and Africa will help him in doing the job satisfactorily also solicited for collaboration and support from the team and the management of the club.

The new coach is to be paid thirty thousand dollars in the first twelve months of the contract, which is subject to renewal based on performance.

Rovers football club being one of the oldest in the country, has had its name changed a few times and has produced professional players like Eddy Egbe, Finidi George among others.