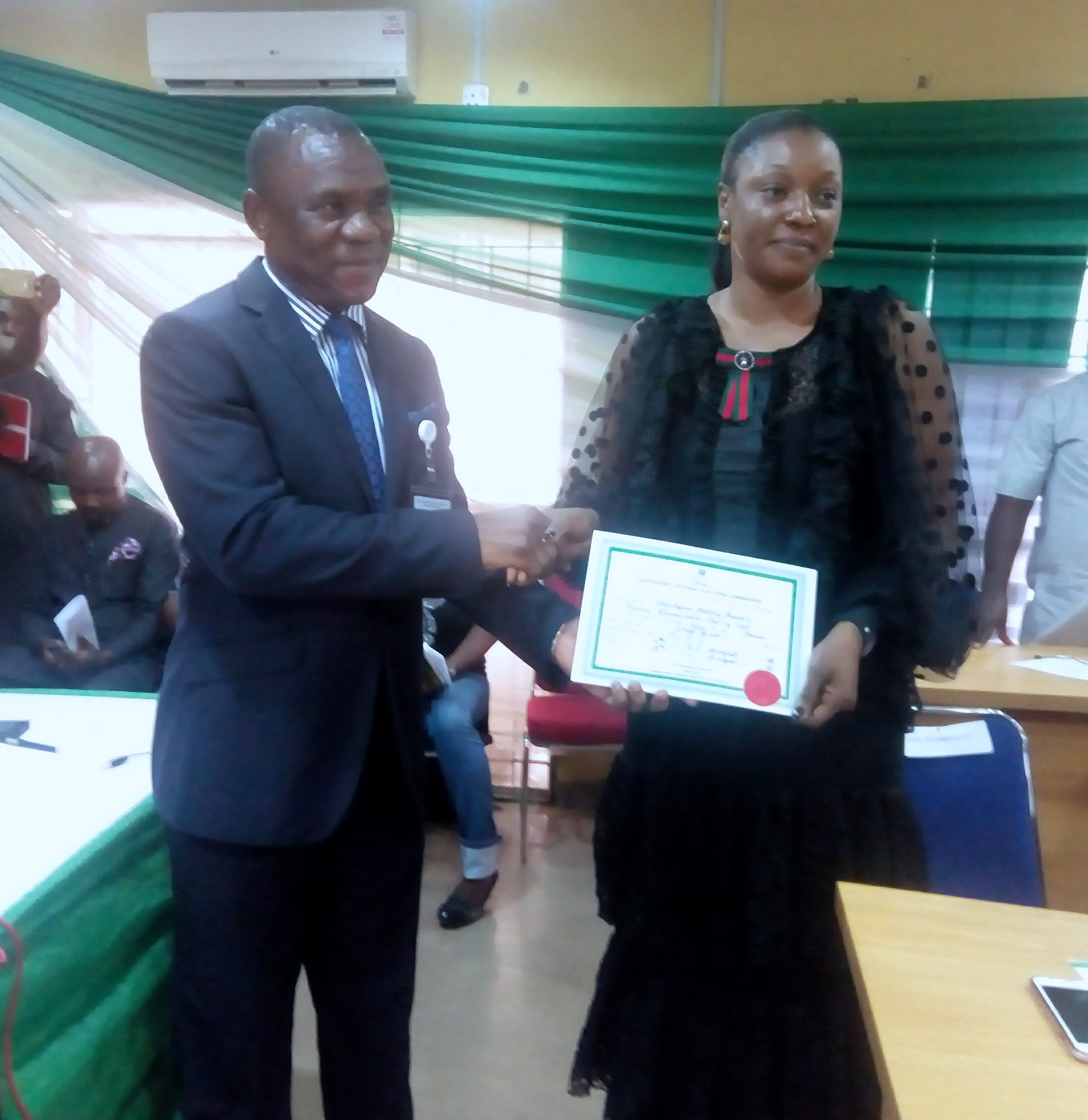 The winner of the August 11, 2018 house of assembly bye-election in Obudu, Mrs. Abbey Ukpukpen has received the certificate of return from the Independent National Electoral Commission (INEC).

Mrs. Ukpukpen while receiving the certificate at the INEC’s mini conference room in Calabar commended her constituents for giving her the opportunity to serve and pledge to abide by the “ideals and legacies” of her late husband, Mr. Stephen Ukpukpen.

Mr. Ukpukpen’s death had necessitated the bye-election and Mrs. Ukpukpen said that she will reciprocate the goodwill shown to her by the Governor, Senator Ben Ayade, her party, the People’s Democratic Party, political stakeholders and her constituents.

Also, she called for a minute silence to be observed in honor of her late husband.

The INEC Resident Electoral Commissioner, Dr. Frankland Briyai had earlier in his remarks urged Mrs. Ukpukpen to exhibit a “high sense of responsibility in the discharge of her duties while in office,” and commended stakeholders whose contributions aided in the success of the elections

He said the presentation was in line with the electoral act 2010 as amended which demanded that the certificate of return be issued within seven days of the election.

“The issuance of Certificate of return is one of the most crucial mandates of the commission as enshrined in section 75 subsection 1 of the electoral act 2010 as amended.

“This section of the electoral act states, ‘a seal certificate of return at an election in a prescribed form shall be issued to every candidate who has won an election under the act.

“The certificate of return confirms the winner of the election. That is, it is not enough to be declared a winner in an election. Until the certificate is issued, such a person cannot assume office,” he said.

He called on all stakeholders to continually sensitise their people to ensure that future elections will record more successes than the bye-election.

Mrs. Ukpukpen is expected to be sworn-in as a member of the eight assembly in a few days.

Addressing the press shortly after the exercise, Mrs. Ukpukpen said her focus will be on the widows in her constituency.

“My plans for them are good, but I will focus more on widows because you all know I just lost my husband so I will channel my course for the widows,” she said.