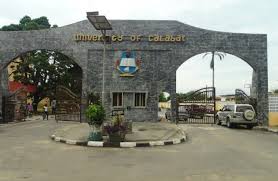 The President of the Post Graduate School Government (PGSG) of the University of Calabar, Mr Pius Undie says the accusation labeled against him of misappropriating Five hundred thousand naira (N500,000.00) was conspiracy “cooked up to destroy his reputation”.

Mr.Pius Undie, is accused of misappropriating funds belonging to the students body amounting to about 500,000 naira. It was also alleged that Mr Undie short changed budgetary allocation due to each executive member as take off grant to the tune of #20,000 each for the ten man committee as well and #20,000 meant for each senator.

These allegations were made in a letter addressed to the Dean of Students Affairs signed by the PGSG Vice President, Miss Nyakno Asuquo and speaker of the Senate, Mr Utsu Emmanuel.
Responding to the accusation, Mr. Undie, denied the allegations insisting that it was targeted at destroying his reputation adding that all the monies generated were used to work for the student government.

“President, all seven members out of ten of your Exco members could not have conspired against you along side the parliamentarians if you worked and related well with them”. “Having listened to all parties involved, I may have to recommend that this matter be taken up to the ICPC for further investigation”.

However, this position was objected by the Exco members and Senators for fear of bureaucratic bottle neck that could frustrate their effort and ridicule their determination to put an end to such practices. Senator Akan cited instances in the past where Senate Presidents of the Student body such as Williams had misappropriated funds and was simply compelled to refund to the last kobo.
He said the era where those nursing the ambition to run the government without being accountable was over.

It is alleged that the President (Pius Undie) embezzled over one million naira and there have been calls for him to refund the money and face the punishment.