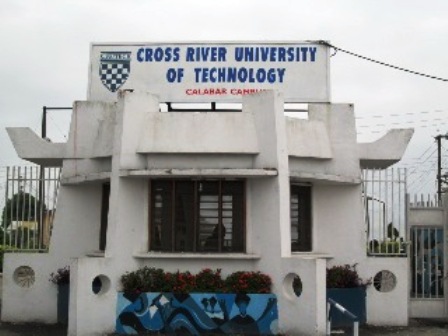 This was disclosed by the varsity ASUU Chairman, Comrade Emmanuel Ettah, in an interactive session with the press at Nigeria Union of Journalists press center in Calabar, where he said that, the Government should follow due process by appointing a new Ag. Vice Chancellor from the list of five persons (Professors) submitted by the Governing Council and Senate of the school adding that tenure of the serving Ag. Vice Chancellor, Prof. Akon Joshua is to expire on Thursday 7th November, 2019.

He said, “Six months ago when the Ag. Vice Chancellor was appointed to pilot the affairs of the university, we told them the Council was not constituted, Government appointees and Senate elected members. The time was too short for the Council to advertise; it was just six weeks and so, the tenure of the Ag. Vice Chancellor is supposed to expire on Thursday 7th November, 2019, and by law she cannot continue, by law she cannot be reappointed, it expires after six months.

“Having not advertised for the position for the office of the Vce Chancellor, it is pertinent that we need to have an Ag. Vice Chancellor but there is a procedure that comes in appointing an Ag. Vice Chancellor; the procedure is that, the University Senate, School management and Council recommend a few names (Professors) to the Governing Council for further forwarding to His Excellency, the Governor for acting.

“We are on the know from very strong and reliable information that the visitor wants to appoint the Ag. Vice Chancellor outside from that list and that will be a breach in Western Miscellaneous Act 2003. So the union feel if that is done, the autonomy of the university as enshrined in the constitution of 2009 agreement between ASUU and FGN will be eluded and that might lead to subjugation. The union is not poise to embarrass Government but the union is poised to inform Government that due process is to appoint one person among the five list submitted by the Governing Council of the university.”

The ASUU Chairman CRUTECH branch added that “It is our duty to protect the union, it is our duty to protect the integrity of our union, it is the duty to protect the principles of our union so, what we are going to do, is to put the press on the same page that, if Government go ahead between now and Thursday to appoint an Acting Vice Chancellor outside the list submitted to it by the Governing Council, Government would be breaching the 2003 Nigeria University Act as amended and the union will not find it funny. The union will protect the constitution of the Federal Republic of Nigeria, the union will not hesitate to seek redress when necessary. It will be disservice if Government think they can sit in the comfort of their homes and appoint anybody to act as an Acting Vice Chancellor of the university, so we think that it is proper for Government to follow due process but if they refuse to follow due process, we will not go to sleep, we will wait for them just as they are waiting for us.”

Mr. Ettah further disclosed that, all the scripts of the just concluded examinations have been instructed to be kept in the Vice Chancellor’s office because they don’t know how long the struggle will last.

Odukpani born Prof. Akon Joshua, has being piloting the affairs of the institution as the Acting VC since Prof. Anthony Owan Enoh tenure expired on 15th February 2019.

CrossRiverWatch is reliably informed that the Governor is strongly considering two names from UNICAL as Akon’s replacement.