APC In Need Of Rebranding BY OKOI OBONO-OBLA 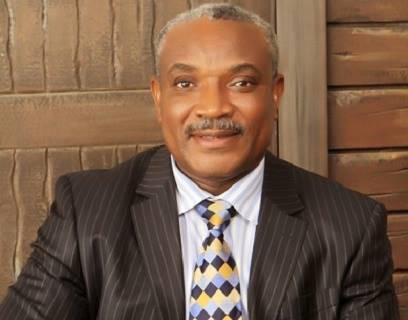 Out of concern for the not too encouraging current state of our dear party, the All Progressives Congress, APC, I will be sharing my personal experience in the proper management of a political party and will also attempt to proffer some workable solutions to these issues bedeviling the Party.

I gathered this experience as a top official of the defunct Congress for Progressives Change, CPC founded in 2009 by supporters of the then General Muhammadu Buhari in the defunct All Nigerian Peoples Party, ANPP who were disenchanted with the wayward and unprincipled manner the ANPP was run.

I was the pioneer National Legal Adviser of the defunct CPC and Member Board of Trustees from 2009 to December 30, 2010.
I was elected Deputy National Secretary in the first national convention of the CPC held in Eagle Square, Abuja from 4th to 6th June 2013.

I worked full time in the National secretariat of the CPC in Utako, Abuja under the leadership of Prince Tony Momoh, a consummate public administrator, journalist, and lawyer who was the National Chairman of the CPC from 2011 to July 31st, 2013. He ran the affairs of the Party with seamless efficiency and effectiveness.

He was a cool-headed manager who gave a listening ear to everybody. He used to hold management meetings every week in the secretariat where every issue arising from complaints and petitions from party members from every local government area and state in the country were promptly and expeditiously dealt with.

The strength of the CPC was hinged on the cohesion and discipline among party members and leadership. The party members were dedicated, committed, and faithful to the ideals and philosophy upon which the party was founded. This contributed to the inability of the then governing PDP to break up the party or poach its membership. It also was responsible for the strong showing of the Party in the 2011 presidential election even though it lacked financial muscle even against persistent intimidation and harassment of its membership from the then PDP controlled Federal Government and state governors. This discipline and cohesiveness saw the CPC through a crisis sponsored by the PDP to fractionalize it via litigation sponsored by some disgruntled former executives members of the Party with an agenda to scuttle the merger with the defunct Action Congress of Nigeria, ACN, and the All Nigerian Peoples Party, ANPP in 2013.

Unfortunately, the APC has not been blessed with strong leadership since its inception. This has seen the fortunes of the party progressively declining.

As the Party prepares to hold an extraordinary national convention in the latter part of the year to elect a new national working committee, the party leaders and members must strive to eschew selfishness and fractionalization. It must bring together and make an effort to coalesce all the tendencies within the party into one strong united family.

The Party must be alive to its posturing as a social democratic and progressive party. It is unacceptable that seven years after the party was founded it has no credible membership register.

The new leaders must immediately proceed to digitalize the register of members of the Party and issue each member in every ward in the country with an identification card that should be used to vote during the party’s primary election to elect its candidates in the general election.

This will go a long way in reducing the lawlessness, rancor, tension, division, and bitterness that we use to experience at every primary election.

A free, fair, and transparent primary election will produce credible candidates for the party and eventually new crop of leaders that will herald the change we all clamor for in the country.

Also, the party must as a matter of real urgency introduce the system of payment of subscription fees by every member This should be made as an obligation to entitle such a member to participate in the activities of the party.

The APC must return to the ideals and philosophy of its founding leaders as a social-democratic Party devoted to the advancement of the principles of democracy, rule of law and constitutionalism, and running a transparent, accountable, and clean government.

The APC must be an ideological organization not a coalition of opportunists and political desperadoes who want to use all inferior methods to win elections, get into office, and appropriate public wealth for themselves and their coterie of associates to the detriment of the general populace.

If the APC fails to reform, rebrand and reposition itself, it can only be sending a message of gloom to Nigerians and will make selling the Party in the next general election a daunting task.

NB: Opinions expressed in this article are strictly attributable to the author, Okoi Obono-Obla and do not represent the opinion of CrossRiverWatch or any other organization the author works for/with.

By CrossRiverWatch Admin Nigeria’s President, Muhammadu Buhari has cut short the four year tenure of the Chairman, Board of