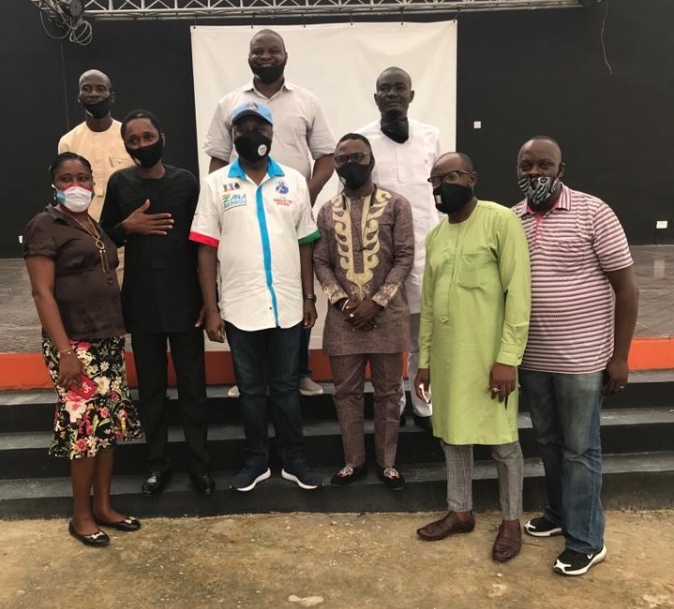 The forum also as show of commitment donated hundreds of customised face masks to the Senatorial aspirant in support of his ongoing effort in managing the spread of the Coronavirus pandemic in the North.

Speaking, Coordinator of the forum, Effiom Yellow-Duke said the decision to throw their weight behind Prof. Akpagu was informed by his sterling performance as Vice Chancellor of the University of Calabar as well as Commissioner for Education under the Donald Duke administration.

Yellow-Duke called on other party stakeholders in the State and beyond to come together to support him as he stand a better chance of winning the election than any other aspirant in the race.

He added that Prof. Akpagu’s aspiration is particularly appealing to the party as he’ll be a rallying point for all interests to resolve the lingering internal crisis in the State.

While appealing to APC leaders in the State to always put the interest of the party ahead of their personal interests, he tasked the Senatorial hopeful to do everything within his recah to bring the warring factions together.

Also speaking, the Secretary of the Forum, Monday Nsor added that with the popularity of Prof. Akpagu which cuts across the length and breadth of the State guarantees his success at the poll.

Responding, the outgoing UNICAL VC said he is overwhelmed by the show of love and support from critical stakeholders in the party, noting that the ground is very fertile for APC to takeover the Senatorial district in preparation for the State takeover in 2023.

He maintained that, “I’m very excited to identify with you all because you’re the ones who are more closer to the people. Leadership should be about the people and not self. Each time I get opportunity to serve, I always strive to better the lots of the people. I know that along the line we make mistakes as mortals but our records doesn’t show that we’ve done badly at all.

“I joined the Senate race not because I’m so desperate to be in power. I’ve been around for so long that nothing really get me too excited, but I feel that our people deserve something better; a better representation.

“The Ogoja province is one of the oldest in the country yet, still very underdeveloped. There’s complete absence of Federal presence in the North and when I sit back, I ask myself whether some Senators who are attracting so much Federal projects to their constituencies are serving in different Senate from our own Senators.

“So, after a careful thought, I feel that I’ve gathered enough experience both in secular politics and my career as an administrator to lead my people to chatting a new course. The task is not an easy one but with all your support, we will make the north a reference point to other Senatorial district”.

Akpagu added that “I’ve heard your call to unite the party. It’s a task all of us must get involve in. At personal level, I’ll continue to push for peace because a house divided against itself cannot stand. As a party we’ve missed so many opportunities because of the crisis, we shouldn’t allow the issues deny us this golden opportunity again which promise to strengthen our resolve to taking over the state from PDP in 2023”.