ICYMI: UNICAL Expels Two, Suspend One, Gives Automatic Carry Over To Another Over Misconduct 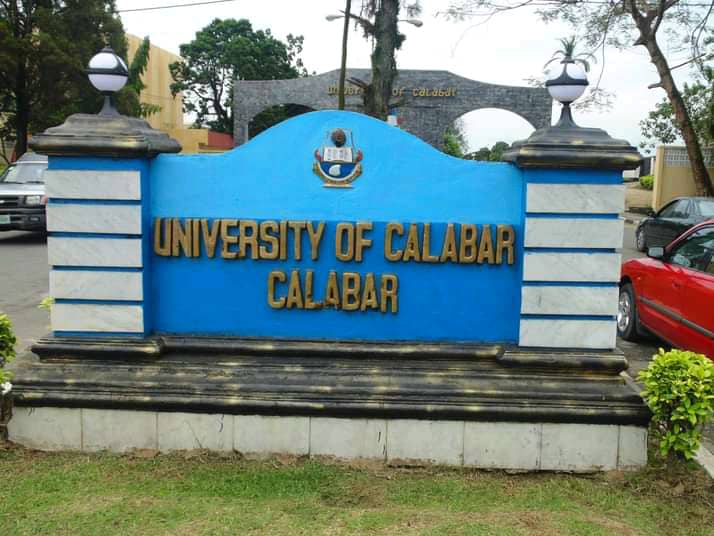 The Vice Chancellor of the Varsity, Prof. Florence Banku Obi, acted on the report of the Institution’s Examination Misconduct Committee (lEMC), approved the recommendation of the committee to expel Gift Adalikwu, a 200 level student of the Department of Library and Information Science with Matric No: 18/064244044, for her involvement in examination malpractice during the 2019/2020 first semester examinations.

Findings by CrossRiverWatch, revealed that, Gift traveled abroad years ago and sends money to her senior colleague in same department Cordelia Obongha, to sit and write exams and other school runs for her, a monkey business which has worked for both parties until luck ran out of her impersonator when the institution introduced Computer Based system for writing General Students Studies (GSS) examination, where the identity of Gift didn’t match with that of her imposter on the computer screen.

Gift’s expulsion though, colleagues say has no impact as she has not been around the four wall corners of the university for almost two years.

Also, Cordelia Obongha, a 300 level student of same Department, Library and Information Science with Matric No: 17/064244074, whom Gift was using to run her deals, has been axed for impersonation during the 2019/2020 first semester examination.

A source in her department who do not want name on print, disclosed that, Cordelia who is their faculty Vice President was caught when she was sitting to write an exam for her junior colleague (Gift Adalikwu) who base overseas but was caught by examination officers as the details on the computer monitor could not correspond with her outer appearance.

“My senior colleague who is in year three went to assist our year two student Gift Adalikwu, who is not in Nigeria. She sends money from there for Cordelia to help her run her school matters. She has been assisting her and she had to accept the second year deal of the same thing they have been doing; fortunately she has being doing it and succeeded but this time around the luck smiled against her.

“This time, Cordelia went to the exam hall as usual but how exam officers caught her for impersonating is another story. Her details on screen was different from her real face.

“We thought it was just a lite issue but just for us to come into this semester because it had happened in first semester; early this semester she was still coming to school to attended lectures. But just for us to wake up one morning and hear that two students in the same department were expelled and so we were trying to verify who are the students and we found out that is even our faculty Vice President; they had to expell her and the person she was helping to write the exams for,” the source said adding that, the department has been divided since the news broke out with some against the expulsion while others are for it.

Similarly, 300 level student, Oyama, Peter Bassey with Matric No: 18/071145034, Faculty of Law is to serve immediate suspension from studies in the university for the 2020/2021 academic session for indulging in examination malpractice during Law of Thoughts (PPL 331) Examination.

In another development, Nsa Bassey Ekpenyong with Matric No: 17/064244071, a third year student of Library and Information Science will have an automatic “F” grade for the Course LIS 361 for leaving the examination hall with her script only to submit an empty script to the Head of Department the following day.

This is coming on the heels the Vice Chancellor, Prof. Florence Obi, said she is on a crusade to weed out all forms of sharp practices in the institution.