2015: There Are Politicians And There Is Legor Idagbo BY NTAMI NKANU ESEGE 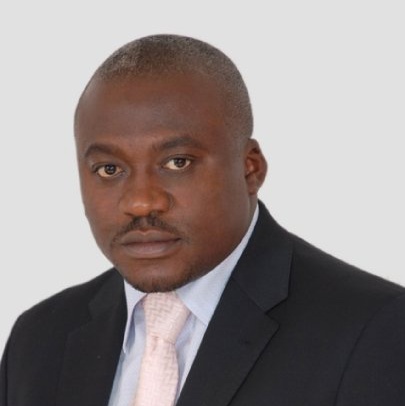 Mr. Legor Idagbo has never met me one on one and I dare say he does not know me but as a Cross Riverian passionate about the affairs of my state, I feel a strong urge to write this piece on behalf of Cross River Coalition for Good Governance which I lead.

Legor from my observation since he came into public domain first in Bekwara as secretary of the Caretaker Committee and as Chairman of Bekwara Local Government Area and now Commissioner for Works has consciously cultivated himself into public consciousness through his gentlemanly, humble, dogged, sagacious way he conducts his affairs both in public and in private.

This suave and soft spoken young man from my research is aged between forty to forty five years and was born to late Justice Ochikry Idagbo of Bekwara Local Government Area of the state.

He duly attended good schools to acquire the needed education to equip him for life challenges progressing from Charles Walker International Nursery and Primary School for his primary education and Federal Government College, Ikot Ekpene where he concluded his secondary education. He read law in the University of Calabar and was called to the bar after his law school examination.

After his mandatory National Youth Service at the Federal Ministry of Justice and legal practice with Ogunseye and Co., he plunged into personal legal practice by setting up his own chambers, Idagbo, Odehan and Co. in Abuja.

However, the urge to serve his people soon moved him to join active politics where he has excelled as a grassroots politician culminating first in his appointment as Secretary Care Taker Committee of Bekwara Local Government Area and later elected on the platform of the PDP twice as chairman of Bekwara Council. His colleagues saw his innate leadership abilities and elected him the chairman of chairmen in Cross River State.

Through this appointment, Legor has been exposed to the different facets of Cross River society and also knowing the nooks and crannies of the state as the ministry has projects all over the state. It is in this service that he was crowned with a renown chieftaincy title Okim – Boyi 1 of Ikom which translates to philanthropist who believes in hard work.

Drawing form the advantage that close observation and objectivity offers, his unfolding political life is viewed in three perspectives. His passionate belief in Cross River State, the ability to stay ahead of the game and the capacity to grow others through his matchless generosity.

Those who know him readily attest to the fact that Legor is energetic, simple, down to earth, intelligent, and blessed with excellent communication skills. This certainly marks him out as the new face of Cross River.

Blessed with an uncanny ability to read the mood of the moment and even beyond that separates him as the new strategist for growth that Cross River State requires.

His capacity to reward and grow loyalists has provided him with a bulwark of supporters and foot soldiers who are willing to give him their all at all times.

Legor Idagbo is naturally loved and admired by many people as a respected democrat, a pivot of mass mobilization who has achieved greatness through assiduousness, self-will and sheer determination.

He is a great listener which enables him take tested decisions making him fully equipped with the pedigree, integrity and capacity to drive the Cross River vision and the PDP mission.

Perhaps Senator Liyel Imoke saw into these unmatchable potentials and unquenchable thirst for building a secure and an inclusive Cross River when he appointed him Commissioner for Works.