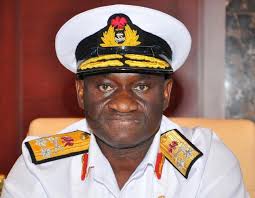 Two naval ratings were at the weekend reportedly beheaded by sea pirates on the high sea along the Calabar-Oron waterways, in Akwa Ibom State.

CrossRiverWatch gathered that while a gang of armed pirates operating on the sea noticed that two of the passengers in the Calabar-Uyo bound commercial boat they were robbing are naval ratings serving with the Joint Task Force patrolling the route, they immediately went berserk and pounced on them, beheading them and disposing their bodies before escaping.

Attempts to speak with naval authorities at the NNS Victory base in Calabar were not yet successful as calls to the telephone number of the Commander were not going through at the time of filing this report.

But CrossRiverWatch gathered from some of the survivors of the incident who did not want to be named that there is palpable tension at the naval base in Oron over the incident.

Authorities are said to be searching for the bodies of the deceased while a manhunt is underway for the criminals.

It will be recalled that the navy in recent years have worked relentlessly to curtail the nefarious activities of criminal gangs in the gulf of guinea and have achieved commendable feats.