Supreme Court Of Phillipines Says Convicted Rapist, ‘Ayade’ Is Not A Nigerian 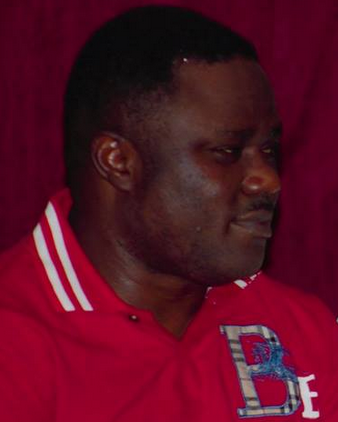 “Refer to your mail on the above subject matter addressed to the office of the Chief Justice of the Supreme Court of the Phillipines, the Court wishes to state that it has no record of conviction of anyone bearing Benedict Bengioshuye Ayade either in the Supreme Court or any lower Court in the country.
“The said Mr. Felipe Ayade Pulod who was referred to in the web link you sent is a Filipino citizen who lives with his family and works in Phillipines and is not related to the Benedict Bengioshuye Ayade.”

“Political campaigns are not actually meant to lay their final sources out but to create doubts about your opponent. I mean, I have been in court, when I get to court, I am not going to tell the jury to convict the person, I am just going to give them reason to doubt and not to believe the person. And in this case, I have to on behalf of the Ugbo Campaign group give credible reasons why the public should not believe, why they should doubt Ayade and the public and the media should find out and bring out their sources.”

CrossRiverWatch investigation has revealed that allegations that the PDP governorship flag bearer in Cross River State, Senator Ben Ayade was convicted in the Philippines in 2003 are false and unsubstantiated.

Rumors of a purported conviction of the PDP flag bearer for rape in the Supreme Court of Philippines emerged in the online media from supporters of the opposition Labor party and have been chiefly promoted by a member of the media committee of the Fidelis Ugbo campaign organization, Peter Offem Ubi who also spoke to CrossRiverWatch.

CrossRiverWatch investigation revealed that though there is a certain Filipino by name, Felipe Ayade Pulod who was convicted of raping his own daughter in 2003 by a regional court in Philippines, those who are now falsely mixing Senator Ayade’s name up with this crime simply removed Mr. Felipe’s first name and deliberately extracted his surname, ‘Ayade’ to promote the links and smear the PDP flag bearer.

The matter the allegations refer to is contained in a link to Appeal No. G.R. No. 188561 between the Appellee, Felipe Ayade Pulod Vs Velasco Jr., Nachura, Peralta and Mendoz JJ, filed in the Supreme Court of the Philippines on January 15, 2010 seeking the reversal of the Court of Appeals (CA) decision dated March 31, 2009, which affirmed the decision of the Regional Trial Court (RTC) of Mandaluyong City, Branch 212, dated October 31, 2007, convicting appellant Felipe Ayade y Pulod of the crime of Qualified Rape, with a modification as to the amount of the moral damages awarded. The said Felipe Ayade was charged with Qualified Rape in March 31, 2003.

“The said Mr. Felipe Ayade Pulod who was referred to in the web link you sent is a Filipino citizen who lives with his family and works in Philippines and is not related to the Benedict Bengioshuye Ayade.

“Please accept the high regards of the Chief Justice of the Supreme Court.”

A request to the Filipino Embassy in Nigeria to confirm whether Ayade has been to Philippines before was yet to get a reply as at the time of filing this report but CrossRiverWatch requested for and was granted access to scan through the travel documents of Senator Ayade and there is no record in his passport, in particular, indicating that he has ever been to Philippines.

While Senator Ayade bluntly refused to respond to the allegations saying he will not glorify cheap smear campaign with a response, CrossRiverWatch gathered that the Senator has concluded arrangement to drag Mr. Peter Offem Ubi, a member of the Ugbo Campaign Media Team who has been promoting the allegations online, to Court to prove the series of allegations he has made against his person before a judge.

A source who claimed to be in the know and in touch with some of the lawyers who are preparing the brief told CrossRiverWatch that: “It will be demeaning for our incoming governor to glorify blackmail with a response. Such culture of cheap blackmail is the latest addition to our political space and we will not allow it to fester. We will not allow anyone get away with such degenerate attitude.

“We are going to deal with it head long in Court because that is not politics, that is cheap smear campaign that will not even help the course of the promoters because the will soon be found out to be blatant liers and blackmailers. That fellow who has been promoting this falsehood will have to stand before a judge and prove those baseless allegations.”

When CrossRiverWatch contacted Mr. Peter Offem Ubi, he was unable to avail our reporter of any information or document to buttress the allegations. He simply directed us to the winds saying giving sources or documents will mean revealing the Ugbo Campaign strategy.

He maintained that political campaigns are not necessarily meant to be factual but to create doubts in the minds of the people about your opponent.

He said: “Besides, political campaigns are not actually meant to lay their final sources out but to create doubts about your opponent. I mean, I have been in court, when I get to court, I am not going to tell the jury to convict the person, I am just going to give them reason to doubt and not to believe the person. And in this case, I have to on behalf of the Ugbo Campaign group give credible reasons why the public should not believe, why they should doubt Ayade and the public and the media should find out and bring out their sources.”

“I think that anytime the Ugbo Campaign Organization has information to pass to the public, that will be done through the right channels. Every individual has a right to espouse their opinions and findings and to commission any effort to win votes for their preferred candidate. But to attribute the claims of an individual or updates on a person’s personal facebook wall to the Ugbo Campaign group will be most unfair both to the campaign group and to the owner of those remarks.”

Meanwhile some stakeholders in the state have also reacted to the development. Barrister Max Ogar, a legal practitioner from Cross River State resident in Abuja and regular commentator on CrossRiverWatch described the development as unfortunate and advised politicians not to condescend to the level of assassinating people’s character in a bid for political office. “When I read the rumor somewhere, being a lawyer myself, I quickly did a search and read the entire text of the judgement of the supreme court of Philippines which they referred to and discovered that the entire information was false. The fellow that was convicted named Felipe Ayade is not a Nigerian and not Professor Ben Ayade from Obudu who is the PDP flag bearer and it was unfair for anyone to contemplate using a coincidence of surname to smear another opponents character. I think that if a candidate is popular, he can win elections without condescending to character assassination of opponents.”

Mr. Mike Abuo, Public Commentator and Director General of the Cross River State Political Network CRISPON, said the these allegations are totally erroneous and an invocation from the pit of hell to assassinate the hard earned reputation of a noble gentleman who has excelled against all odds and is contributing his best to the development of Cross River State.

“I advice Cross Riverians to shun rumor mongers and their associates passionate to bring down a shinning star to desist from this or face not just legal issues but the wrath of nature itself. Ayade is blessed and no man can curse him or stop him from attaining his God designed plan. We must understand that no man can curse whom God has blessed. I have made my research at the embassies of Korea, Philippines and Ghana in Nigeria and I can authoritatively say that no criminal records whatsoever is tied to the name or person of Prof. Ayade or family.
“Prof Ayade has gone through the channels of hard work to get to where he is.This is one man that sold in the street as a kid to meet his needs, he struggled and excelled academically and as well applied his academic knowledge to commerce. It was his research thesis that launched him into multi million naira deal from Germany and multi billion dollar firms like Shell.

Aside his academic and economic acumen Ayade is a loving father and husband. His oldest daughter is just 13, interaction with the future first family has proven that all is well and no internal crack as peddled has ever transpired within the family and his family has been raised in the U.K which is parallel to the smelling, dirty information shared by political desperadoes and their accomplice. Cross Riverians we must arise and shun these agents of backwardness, jealousy, envy and hate. Ayade is on the path of victory, let us march with him and the People’s Democratic Party as we move this state and nation to great heights.” He said.

4 commentsOn Supreme Court Of Phillipines Says Convicted Rapist, ‘Ayade’ Is Not A Nigerian