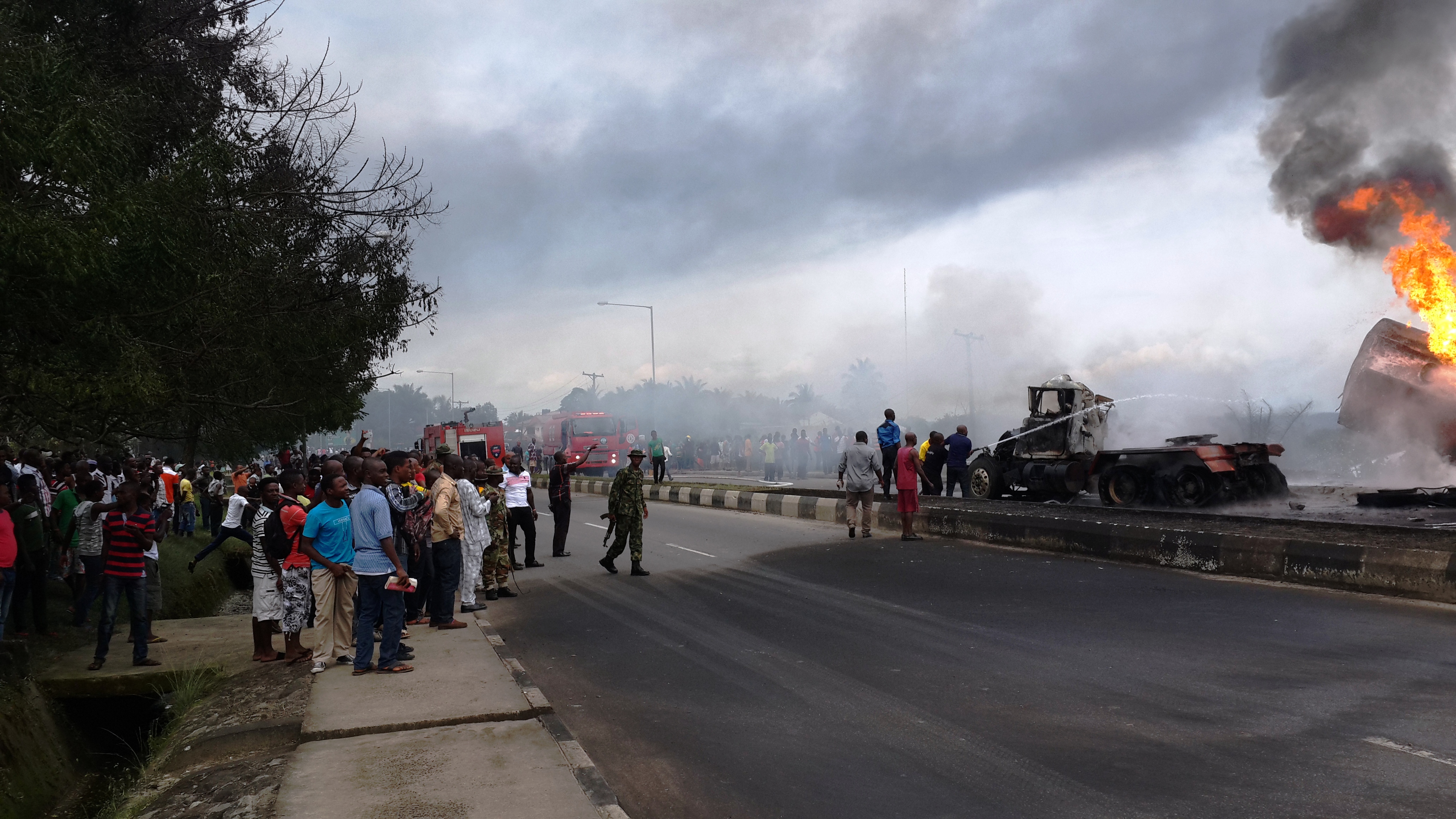 An oil tanker belonging to Hudson Petroleum Ltd at the weekend lost 33,000 liters of Premium Motor Spirit (PMS) in an explosion.

The oil truck exploded in front of the firm’s office making it the fifth time such explosion occurred at the same spot with devastating effect.

The previous explosion is reported to have claimed several lives, while nearby kiosks and properties worth thousands of naira were destroyed.. Eye witnesses account claimed that the truck which left the Hudson farm tank was negotiating the bend in front of the firm’s office when eight of the tyres pull off and it somersaulted violently leading to explosion of the oil tanker.

“At least, we know of three trucks that have so somersaulted and exploded at this same spot”, the eye witnesses maintained. Speaking to newsmen after the incident, Chairman of the local branch of National Union Road Transport Workers (NURTW), Mr Effiong Solomon said that, according to his members who drive such oil trucks there are many of them which are faulty belonging to both Hudson Petroleum Ltd and nearby Addax Petroleum Ltd at their tank farms.

The chairman stated that the oil firms do not pay heed to such complaints, saying it was not their business to fix faulty oil tankers but the owners.

Commenting on the mishap, the Assistant Chief Fire Officer of Cross River State Fire Service, Mr Effiong Joe Okon pointed out that they were able to arrive the scene of the explosion with minimum delay and were able to dampen the impact and quench the fire using foam contents composed of animal by-products.

When contacted, Officials of Hudson Petroleum Ltd who were at the scene of incident vehemently refused to make comments on the issue as they claimed not to be in a proper position to make any comment on the mishap.