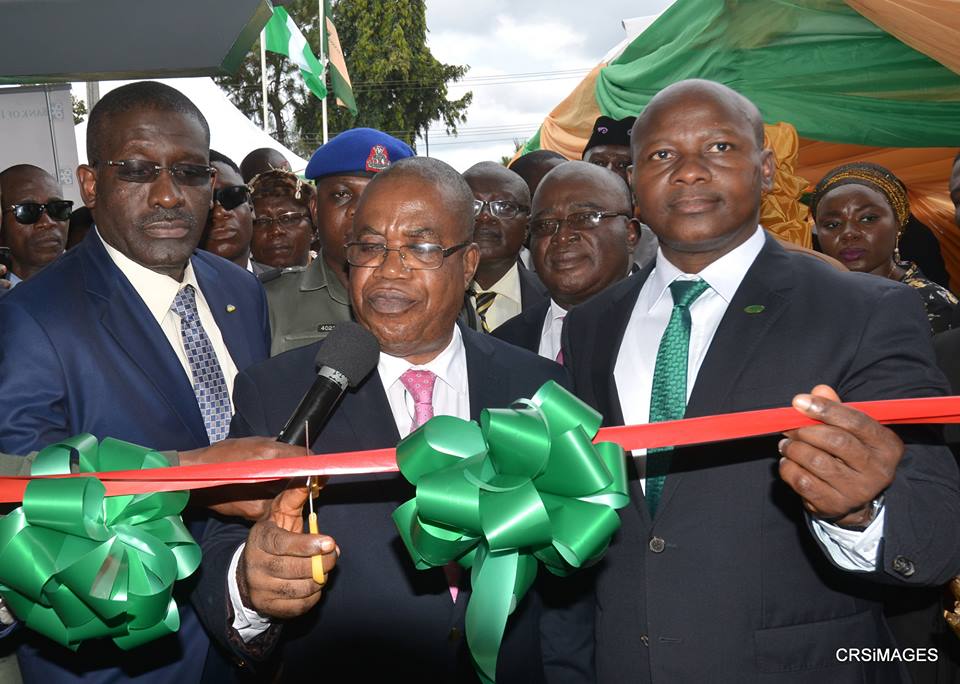 To this end, he advocated that private sector participation is very critical to achieving his goal.

Disclosing this in Calabar at the commissioning of the Bank of Ondustry, BoI office, Governor Ayade said that the fact that Cross River state has become investor’s paradise is not by account of occurrence, but that the necessary pre-requisite for doing business have always been present in the state and that the present administration is determined to create a more elaborate environment for investment to thrive.

“This we intend to achieve through a deliberate policy of encouraging investors through an acceleration in the processing time and grant of necessary waivers to reduce turnaround time. To enhance this, we have created a one stop shop for would be investors at the Investment Promotion Bureau that will expeditiously attend to all the needs and requirements or intending investors.” He further echoed.

Buttressing the importance of the commissioning and the partnership between the state BOI, Governor Ayade who was represented at the occasion by his Deputy, Professor Ivara Esu, said “the commissioning we are performing today is a clear indication of an enduring partnership that will create a huge impact on our industrialization drive and ultimately, job creation, economic development and sustained socio-economic growth.

“I therefore call on our small and large scale industrialists, existing and aspiring entrepreneurs and general public to take full advantage of the presence of the bank of industry in the state, and benefit from the several products that bank of industry will be offering shortly.”

In addition, he assured the bank of unreserved support of the state government to enable it operate effectively in the quest to add value for economic transformation.

In his word: “l wish to further assure you of a secured congenial environment for business in Cross River State” while enjoining the bank to effectively participate in the forthcoming Calabar Christmas festival.

In his address, the Managing Director of BOI, Mr. Rasheed Olaoluwa, commended the Executive Governor, Senator Ben Ayade, for kindly providing the edifice to serve as the Cross River State Office of the Bank of Industry, stressing that with this strategic and visionary initiative, the Micro, Small and Medium Enterprises (MSMEs) in Cross River State now have access to BOI’s development finance and business advisory services.

According to him we believe that the establishment of the State Office will further strengthen the existing partnership between BOI and the Cross River State Government and improve our service Turn-Around-Time to our customers.

This is better appreciated when viewed against the fact that entrepreneurs in Cross River State were previously served by our Delta State Office, which is a driving distance of at least six (6) hours.

He further revealed that BOI has a N500 million Matching Fund partnership with the Cross River State Government in which each party contributed the sum of N250 million.

“This pool of funds is for the industrial development of the State, as well as economic empowerment of the people and is provided as loans at a subsidized interest rate of 8% per annum. The establishment of BOI’s Cross River State Office will enable the Bank reach as many entrepreneurs as possible.

“I am pleased to state that BOI had been promoting industrialization in Cross River State long before now. As at 30th September, 2015, BOI had approved loans in the sum of N6.9 billion to many enterprises in the State. It is worthy of note that the Cross River State Office is BOI’s 15th office in Nigeria.” He stated