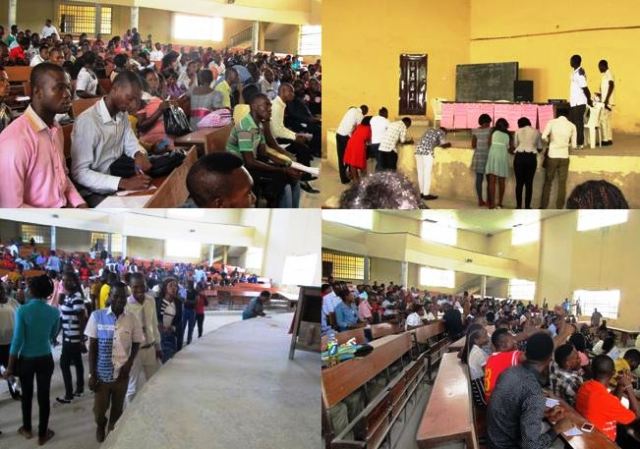 Members of the Alumni Association of Cross River College of Education, Akamkpa converged at the College auditorium on the 27th April, 2016 to elect their pioneer executives since the re-opening of the institution by the Senator Liyel Imoke administration.

The new executives of the Alumni Association will begin a three years administration with Dr. Ben Ugbong as the pioneer Chairman.

Announcing the result of the election, the Chairman of the Electoral Commission, Comrade Inyaka Godspower, declared Dr. Ben Ugbong winner of the Chairmanship position having polled a total of 119 votes to defeat his rivals, Comrade Nkwo, Nya Inyang (70 votes) and Comrade Inyang Mercy Solomon (2 votes).

He was a Coordinator, Pre-NCE program, Head of Department, School of Education. He is currently the Director of Academics Program, a position which confers on him, membership of the College Management Board.

Briefly after the announcement of the result, Dr. Ugbong thanked God and members of the Alumni for the confidence reposed in him and pledged to deliver on the mandate handed him.

“I will run an open door administration, willing and ready to accept suggestions and contributions that will sustain the Alumni that we have started.” He concluded.