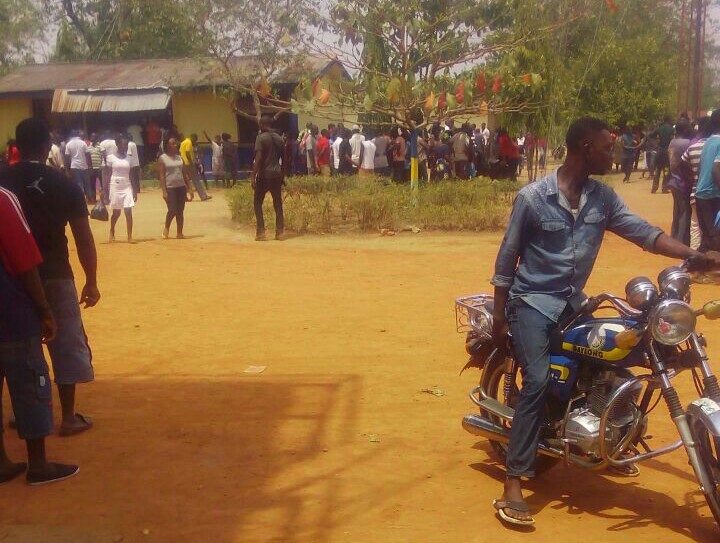 As part of the measures aimed at checking the spate of violent crimes in Obudu Local Government, the Commissioner of Police, Hafiz Inuwa has transferred 25 policemen out of Obudu.

The mass transfer followed complaints by several residents of the town that some of the policemen who have spent close to two decades in Obudu have become accomplices to criminal gangs that have been terrorizing the town.

CrossRiverWatch reliably gathered that there is only one police station in the entire Obudu LGA with a land area of 453 km² and a 2016 population census figure of 161,457.

The decrepit police station with only 99 police personnel also boasts of a Pitman typewriter which was purchased for them by the LG Administration of Barrister Vena Ikem of SDP, over 25 years ago, as the only secretariat machine in the station.

Residents and even community leaders have repeatedly pointed fingers at some of the policemen in the station as arrowheads and king pins of some of the gangs operating in Obudu but previous Police Commissioners have kept a blind eye to those complaints.

The complaints heightened with the latest string of kidnappings and robberies that jolted the town, leading to this mass transfer of some of the policemen who have over stayed their posting in Obudu.

A government appointee from Obudu who spoke to us under anonymity said “it is a huge relief that some of the policemen had to be redeployed. Honestly, we know some of them that had become criminals. They had stayed here for too long and became part of all the criminal activities and extortion that the town have witnessed. Some even led operations and shared in ransom monies that were paid by kidnap victims. We appreciate the effort of the new commissioner of police and the governor and we hope that the tempo will be maintained.”

A police source also told CrossRiverWatch that more of the policemen will be transferred in the coming weeks.