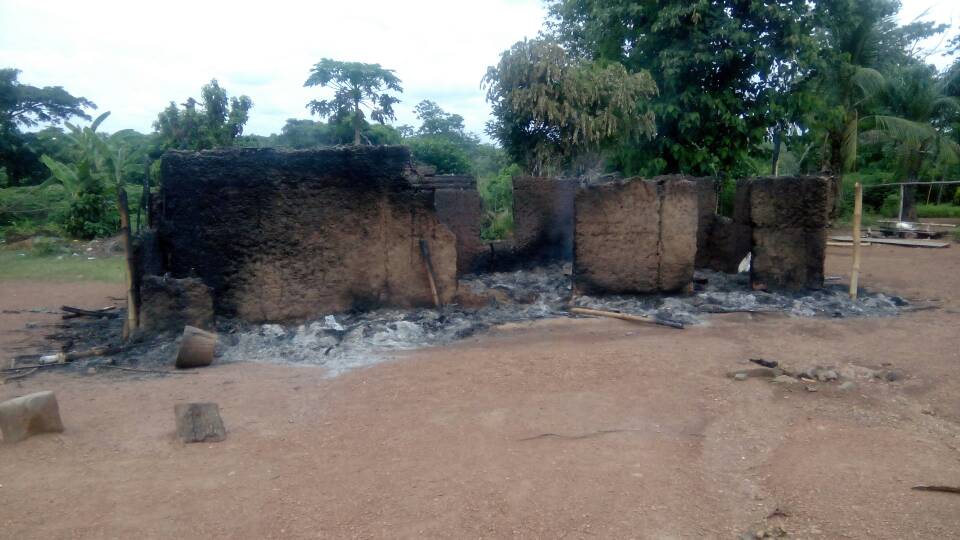 CrossRiverWatch has reliably gathered that the lingering communal crisis between the people of Ofonekom and Izzi, (an Igbo speaking community), in Obubra LGA in central Cross River has erupted again.

Residents told our reporter that the renewed communal crisis have been ongoing for the past three days with human lives and properties worth several millions destroyed.

It was not immediately possible for CrossRiverWatch to ascertain the cause of the latest carnage and the actual number of fatalities, but the Ofonekom people claim that their community was invaded by armed men from Izzi LGA in a surprise dawn attack that allegedly took the life of 25 persons.

A former two term Chairman of Obubra LGA and former Minority Leader of the Cross River State House of Assembly, Hon. Alex Irek, told CrossRiverWatch that, Ofonekom was besieged by their neighbors and 25 persons were killed.

“Ofonekom is under siege. Today 4am, they was attack by one of the warring community of Izzi which is in Obubra LGA, several houses and twenty five persons were murdered in their sleep including infants who are of age of one and half months.”

An audibly frightened and traumatized resident who has been displaced by the crisis, told CrossRiverWatch on phone that “So many people have been driven away from home and are sleeping in the bushes around with no food or water. The war is still ongoing. Government should do something quick and come to our aid.”

The Cross River State Police Command spokes person, ASP Irene Ugbo, told CrossRiverWatch that the Commissioner of Police, Hafiz Inuwa had ordered the deployment of Police to the area by 10am yesterday (Wednesday).

When asked if the command was aware of the night time attack and whether the Police has confirmed the alleged death of 25 persons in their sleep, Irene said “You are just giving me that information. We are not aware of that development but I will immediately follow up on that.

“We discussed the renewed crisis in our management meeting yesterday and the Commissioner of Police ordered the immediate deployment of our men to the area.”