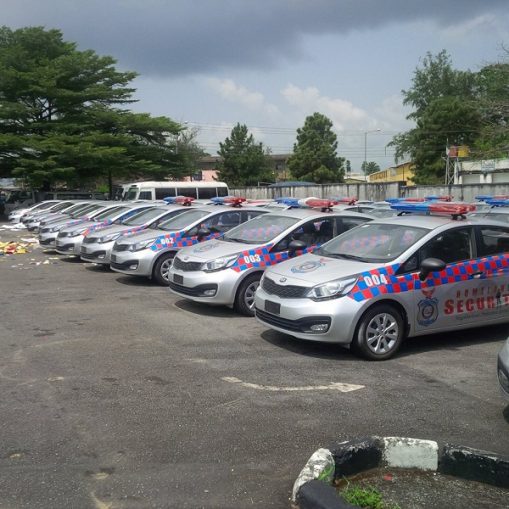 Residents of Calabar metropolis have commended Cross River State governor, Senator Ben Ayade for the roll out of the state’s security outfit, the Homeland Security.

The state has in the past one month deployed the security outfit at every strategic point across the metropolis with the release of over 100 brand new operational vehicles.

The new measure, according to Governor Ayade, is in line with the state government’s blanket security policy which has over the years earned it its status as one of the most investments friendly and the safest state in Nigeria for business and leisure.

A cross section of residents particularly motorists in Calabar yesterday affirmed that the hitherto security challenges occasioned by the activities of some miscreants who saw the state as a safe haven are fast disappearing as a result of the  24-hour security vigilance.

The operational vehicles are in addition to the 150  security vehicles the governor recently donated to security agencies in the state to enhance their operational capacity as well as mount checkpoints at all entry points into the state.

Justifying the establishment of the outfit, Governor Ayade hinted that “The Homeland Security Service is a complete departure from what was the tradition.”

“It will also assist in furnishing the police and other security agencies with information on who comes in and out of the state by providing intelligence, data to police. It is a non-arm bearing outfit.”

Some of the residents spoken to, particularly praised the governor for his foresight in establishing the outfit.

They, however, stressed the need for the federal government to take the issue of
community policing seriously.

A supermarket owner, Mr. Uchenna Obi described the development as a great relief because according to him, he has been a victim of attacks by hoodlums in the past.

He added that with the roll out of the Homeland Security Service, such acts are now things of the past.

Obi who pointed to a stationed Homeland Security patrol vehicle close to his shop explained that, “Now no bad boy dare to come near this place since those security men started coming to our area. As you can see, they are here every day and even at night and often patrol the entire area.”

Continuing, he said: “The security people now know everyone of us in this yard and will not hesitate to ask us to identify any suspicious character. We feel safer more than ever before, and I can say that gradually, the old peaceful Calabar is being restored by this singular effort. Our prayer is that the governor should not relent especially as we prepare for Christmas and even the Carnival.”

On his part, Ita Ikpeme, a civil servant praised the governor’s foresight in establishing the outfit, saying that it will go a long way in addressing the security challenges experienced in recent times.

Ikpeme further disclosed that the introduction of the  Homeland Security Service was the right step in the right direction because that is what the country needs at the moment to address its security challenges by involving communities in policing.

“As a leader, two things should be your priority; security of lives and property and welfare of your people and I think Governor Ayade has tried his very best in this direction. I must commend him for this even as I hope that he will sustain the tempo,” he added.

By Edem Edem, DailyNews The chairman of the Cross River Anti Tax Agency, Bishop Emmah Isong, has condemned the