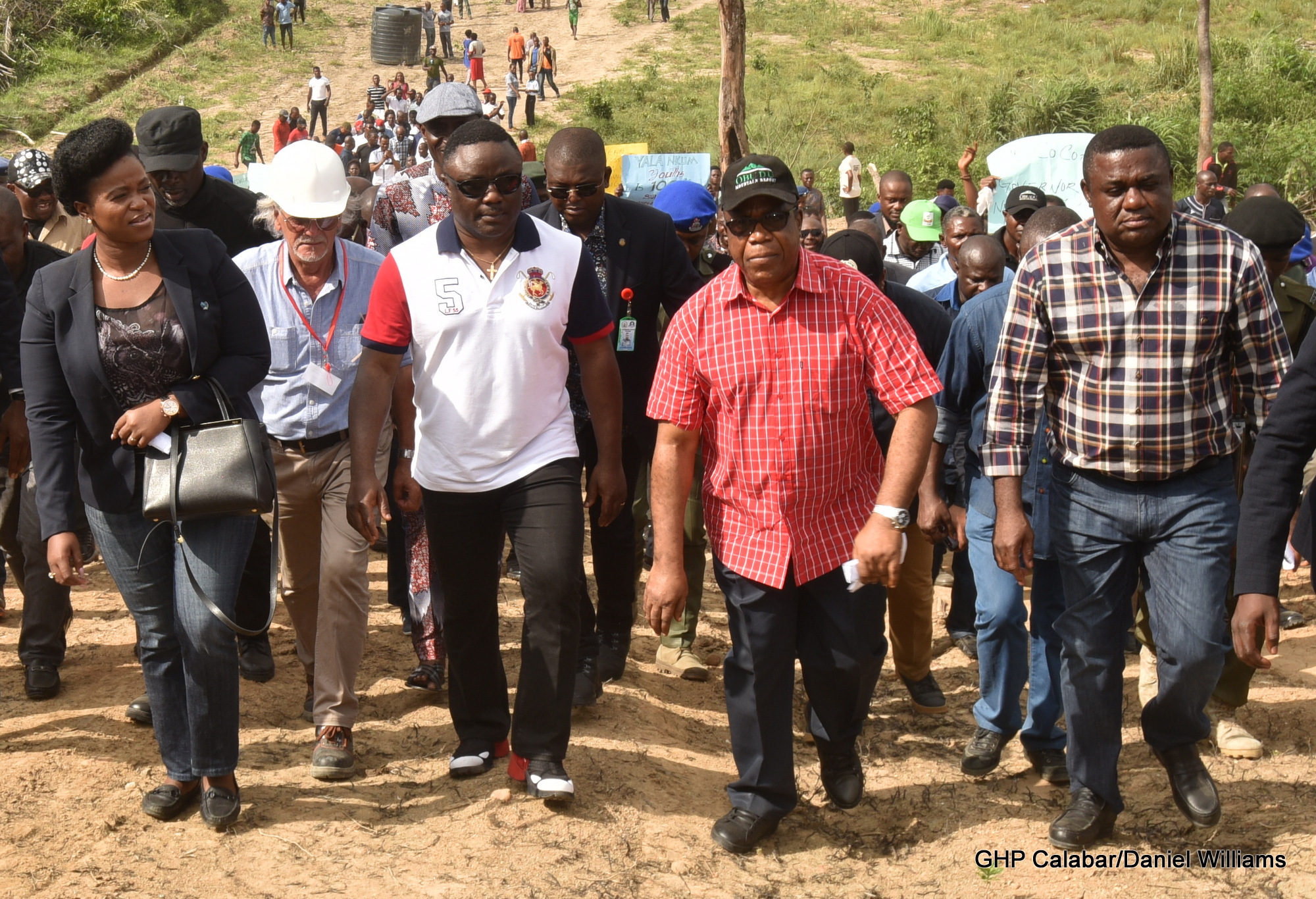 The Cross River State Government has announced plans to scale up Cocoa production to 350,000 metric tonnes per annum.

This will be achieved through the provision of 100,000 hectares of land to youths for Cocoa farming and the provision of a 30,000 metric tonnes Cocoa processing plant at Ikom local government area of central Cross River said the Governor, Benedict Ayade last weekend while on an inspection tour of the plant.

"The commitment the government and people of Cross River State are making to Nigeria and indeed Africa is that we will ramp up production of cocoa to 350,000 metric tonnes per annum.

"With immediacy, we are going to create 100,000 hectares of cocoa estate and make them available to young men and women to cultivate.

"Today, cross River State is offering her young men and women their own oil wells right at their backyard because every part of state is rich enough to grow cocoa.

"So, I am saying that right at your backyard you are seeing your oil wells by just going into cocoa farming," Ayade said and called on Cross Riverians to take advantage of the over 2 million hectares of arable land available for Cocoa farming.

On the processing plant, Ayade said it remains; "An architecture that is driven by a high level of intellectualism, even as all equipment needed for the cocoa factory have been paid for."

He described Cocoa farming as the new oil wells.

"At this critical point when oil is almost becoming a thing of the past, Cross River must construct a direction for the Federal Government to follow.

"We understand the ideological focus of this government to ensure that there is a shift from the continuous dependence on oil to the agricultural sector.

"So, by the time we are done, we will explore the entire value chain for cocoa and help produce all the end products out of Ikom, making the place the right city to belong," Ayade said.

The Governor said a financial model is being worked out to support these as the state plans a special microfinance bank to be sited in Ikom to support Cocoa farming with special plans for those who grow bigger.

Ayade said that: "We are ready to give you fund and if you grow beyond your carrying capacity, we have a partner in NEXIM Bank that has come in to fully support us."

Also, Mr. Ayade promised that the state will explore the full value chain for Cocoa.

He was accompanied on the inspection tour of the project by his deputy, Professor Ivara Esu and the Executive Director of the Nigeria Export and Import (NEXIM) Bank, Stella Okotete among others.

And, Okotete who commended the initiative for being in line with economic policy of Nigeria's President, Muhammadu Buhari, also said the NEXIM bank which is offering advisory services to the state on the project, will provide the necessary support needed to make the project successful.

"It is a laudable project because it is in line with Mr. President’s economic recovery and growth plans and I believe that this project is coming at the right time when we are looking outside the oil and more on export to generate foreign exchange not just for Nigeria but also for the good people of Cross River State," she said.

On the role of NEXIM Bank, she said that: "We are here as financial advisors to ensure that the project comes to fruition and the farmers have enough stock to feed the project," she said.

Furthermore, she said that: "We will do our best to ensure that the project is commissioned in due course, support cocoa farmers in Cross River so that the project comes to a successful end."

The Vice President of the World Cocoa Producers Organization, Sayiina Riman, in his remarks said the project further proves Cross River's position in the first international cocoa summit as the leading state in terms of packaging, production and moving forward.

"In 2017, we are seeing a transformation that has never before in South - South, Southeast of the Niger. This is the first ever cocoa producing factory in this country and this will not only complement employment but will add value to what we have," said Riman who is also the National President of the Cocoa Association of Nigeria.

Contractor for the project and CEO, AA Agro Industry Universal Services Ltd, Mr. Chris Agara, informed that: "When the facility is completed, it will produce about 30,000 metric tonnes of cocoa per year and draw a million dollars of foreign exchange inflow to Cross River."

Earlier, the Commissioner for Agriculture and Natural Resources, Prof Anthony Eneji, said that "the journey which begins this day through the establishment of the facility will liberate Cross Riverians from economic difficulties."

Mr. Ayade later inspected the ultramodern Rice processing plant in Ogoja where he reaffirmed his desire to; "Put an end to when our own rice will be transported to other states and be milled and called a different name," adding that: "We are in the process of producing our own rice, Ogoja Rice, and that is our heritage."