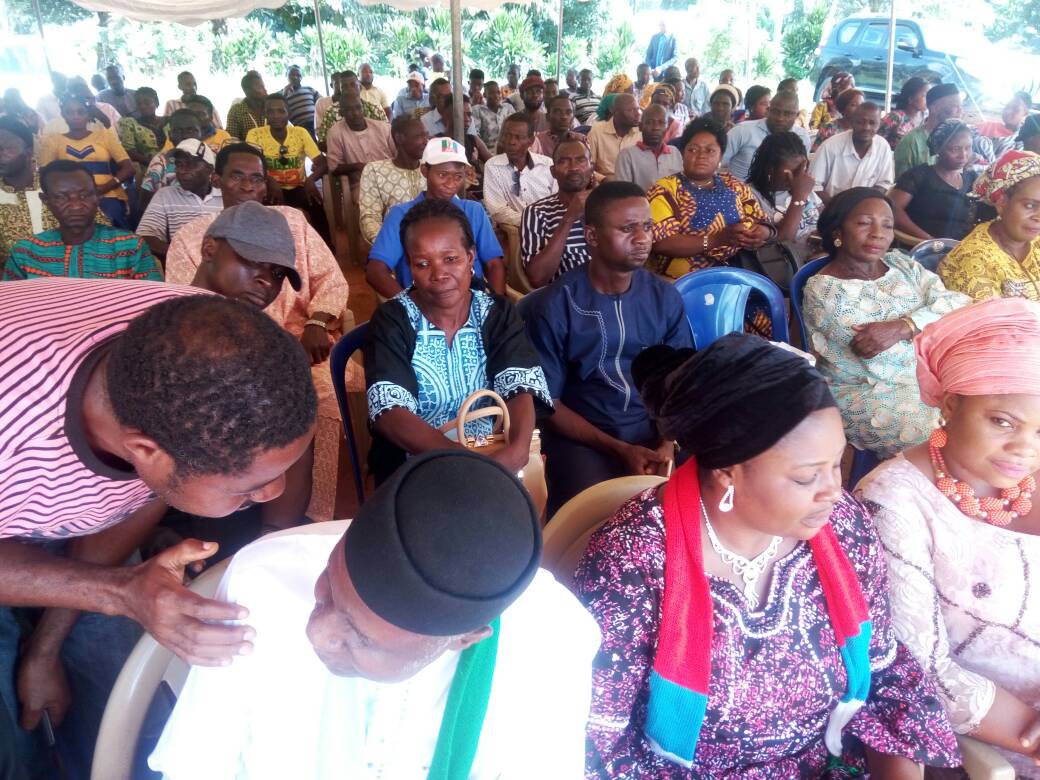 Governorship candidate of the All Progressives Congress, APC in Cross River State in 2015, Mr. Odey Ochicha has formally declared his intention to contest the gubernatorial election again in 2019.

Ochicha, in a well attended APC rally yesterday at Covent Primary school, Abuochiche, Bekwerra local government area of the state said that he was not seeking support like other aspirants but the renewal of the mandate given to him in 2015.

The APC governorship aspirant slammed Governor Ben Ayade saying that the state has witnessed unprecedented wave of infrastructural development deficit under his watch.

He maintained that while other states are experiencing a boom in tourism, education, commerce and sports sectors, the state is enjoying only series of unimplemented MOUs under Ayade.

The aspirant who was the runner up to Ayade in 2015, regretted that the state which was once known globally as a tourists destination and the most peaceful in Nigeria has deteriorated to a level that it’s now a safe haven for criminals.

He said that his reason to join the 2019 race again was not about him but the people as the state is in dire need of progressive leadership which he pledged to offer.

According to him “I thank you for the opportunity granted me in 2015 to be the first APC governorship candidate in Cross River State and the support to have come second with a silver in the election. We are now prepared to go for the gold medal in 2019.

“Today, I come to you with renewed vision for our dear state, a vision that is encapsulated in my burning passion to serve our dear people, transform our state and uplift the living standards of our dear people. Already, I’ve worked out a blueprint of socioeconomic agenda which presents a picture of where we are coming from, where we find ourselves, where we want to be and how we want to get there with the ultimate aim of ensuring better life for all Cross Riverians.

“This declaration is not about me but us and what we can do together. This is an opportunity to reclaim our mandate, restore our sense of common purpose and realize that few obstacles cannot withstand the power of millions of voices calling for change”.

He added that “I offer myself not just to hold an office, but together with you to transform our dear state. I offer myself as the right one that will restore the lost glory and make our dear state good enough to be bequeathed to future generations”.

Earlier, Chairman of the occasion, Mr. Augustine Agbaragba described Ochicha as a man of integrity who has the vision and passion to move the state forward.

Agbaragba said that “This journey started in 2015 but this time we are more sure that we will complete it as winners because all the signs today have shown that success will always be our watchword.

“We are not deterred by the defections going on in APC. We are very optimistic that APC will still win in 2019 in the centre as well as takeover the state from Ayade and PDP”.

He said that “Ochicha is a man of integrity. He’s humble and very articulate. All the aspirants from the north must work together to ensure the governorship ticket is given to Ochicha”.

Also speaking, the Bekwerra Chapter chairman of APC said “Now, Cross River State don’t have a Governor from the north because Ayade didn’t come from us. In fact, who we have is not Ben Ayade like people say but Liyel Ayade.

“Cross River north must reposition itself to takeover from Ayade in 2019 because he doesn’t represent the northern but Imoke’s interest. This declaration today by Ochicha will mark a remarkable day in the history of the state because Ochicha is walking gallantly to the government house to takeover from Ayade”.

There Are Plans To Assassinate Me – Jarigbe Agom

By CrossRiverWatch Admin Ahead of his father’s funeral slated for February 3rd and 4th, federal lawmaker, Jarigbe Agom has