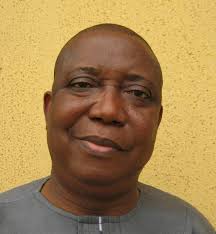 The management of the University of Calabar Teaching Hospital (UCTH) on Tuesday described news reports that three babies were stolen by armed gunmen on Sunday as a, “blatant lie and a means of disparaging the hospital and it’s management team.”

The Chief Medical Director (CMD), Dr. Thomas Agan told journalists in a press briefing that contrary to the reports, no item was stolen and there was no record of a robbery.

Agan who said he was shocked by the report carried on several national dailies (not CrossRiverWatch), further described it as “fake news, capable of indicting the public.”

“I was shocked when this morning (Tuesday), I received a call from Abuja, questioning me about the authenticity of a news read on the pages of Daily Post, Punch, Daily Trust and some online paper.

“I didn’t know what to say, since such information had not reached me from any member of the hospital. So I immediately called my people, who confirmed at different occasions that there was nothing of such.

“The story said that there was an armed robbery attack in the hospital on Sunday and valuables worth millions and three babies were carted away. It is a blatant lie aimed at disparaging this hospital and indeed the management of the hospital. It has never happen and it will never happen,” Agan said.

Several Newspapers had reported that about ten gunmen had stormed the pediatrics ward of the hospital where they abducted three babies and carted away valuables worth millions of Naira.

But, Agan said the security within and around the premises was tight despite the hospital struggling to fund its outsourced security.

“There is security challenges nationwide. The fact that some valuables were taken does not mean there was an armed robbery attack.

“Though there is challenge of funding right now, but non release of funds for outsource security services does not automatically mean that security is zero,” he said.

However, he disclosed that some hoodlums gained access into the facility a few days ago. According to him, they were caught and, “had since been handed over to the police.”

Furthermore, Agan who claimed that the babies were kept in the most secured environment challenged the authors of the report to come out with evidence and threatened those he claimed are bent on destroying the hospital’s image.

“The hospital will not relent until it brings to book everyone bent on destroying the image of the hospital,” he said.

The head, department of pediatrics, Dr. Eyong Komomo; a Professor in the department of newborns, Antia Obot; the chairman of the medical advisory committee, Professor Ogbu Ngim and the President of the Association of Medical and Resident Doctors, Dr. Antigha Cobham, who took turn to debunk the rumours, also enjoined journalists to be objective, factual and balanced in their reportage, in order to avoid the spread of fake news.

#Calabar: CACOVID Asked Us Not To Distribute Yet – Cross River Govt On Looted Foodstuffs