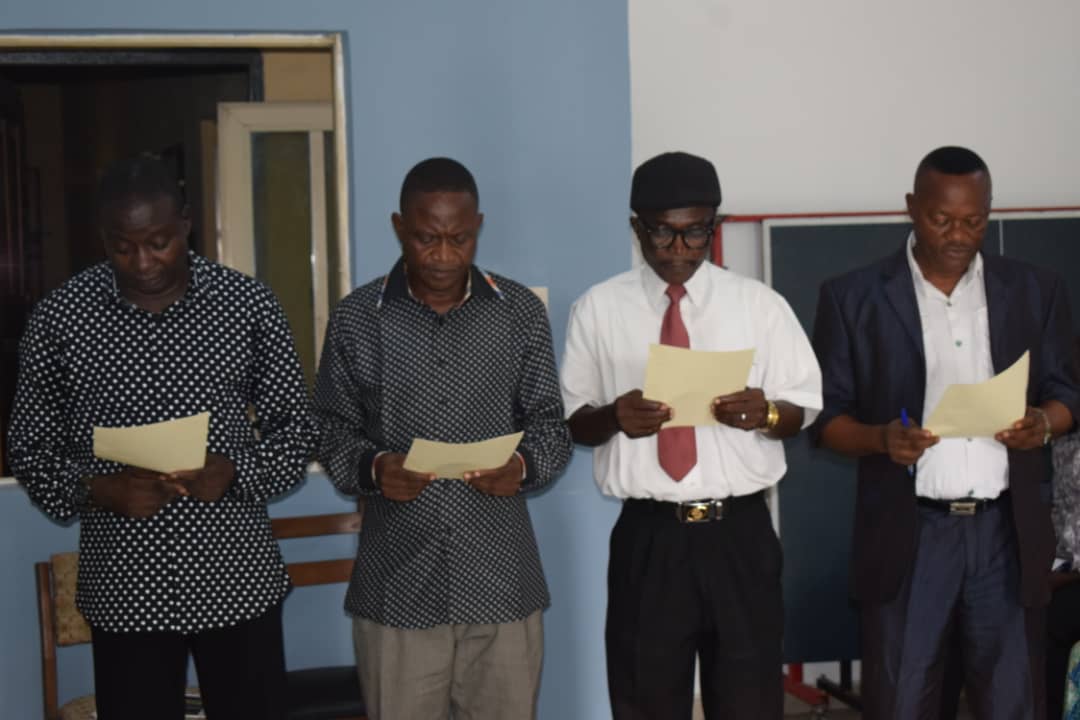 By Efa Sunday and David Nsa

In his goodwill message, the General Manager of Chronicle Newspapers, Mr. Emmanuel Akpong charged that the union should embrace oneness and focus, even while admonishing the exco to uphold the different views of it’s members to avoid friction during their next term.

“I want to charge all of you today to work together as one with the new Excos that have been elected today. I’m pleased to see the effort the union is putting together to unite the different members who have been grieved before now, of which I was once one of the aggrieved.” He said.

Mr. Udu on his part while delivering his acceptance remark noted the need to call back aggrieved members in order to promote the soul purpose of the Council.

He also specified the direction of his second term, stating that “We will set out a formidable welfare team to ensure that lack and hunger is abolished from our members.”

Udu-led exco also promised to develop the land given to NUJ by the Donald Duke administration.

“We would use the second term in office to do the right things that will affect more members positively. Rooms will also be given for constructive criticism but not for blackmail and character defamation.” The exco went on to promise that it’ll conduct bye-election in the next few weeks that will incorporate other Committee members into the Executive, even as they showed their gratitude to the National President for his outstanding leadership style particular for his presence during the burial of late Ndoma Akpet.

Meanwhile, the South-South Secretary, Dr. Bassey Eyo observed the proceedings, dissolved the former exco and inaugurated the new ones charged the Udu-led Executive to be committed to the code of conducts guiding the union even as he commend the election Committee for conducting a free, fair and rancour-free election.

A court order from the vacation judge of the Federal High Court in Port Harcourt, has stopped INEC from