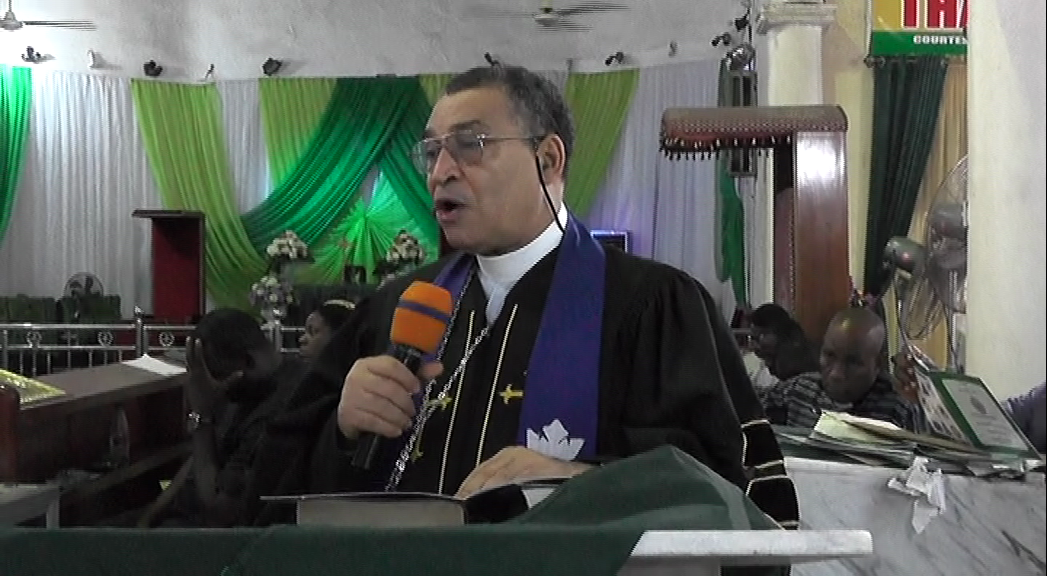 The Christian Council of Nigeria, Cross River State has held its 12th Annual Interdenominational Thanksgiving Service after inauguration of its new State Executives.

The service took place over the weekend at the Holy Trinity Cathedral, Anglican Communion, Calabar, and was the culmination of a three-day workers seminar with the theme; “O’ Sleeper, Arise!”

In his address, the newly elected State Chairman of the Christian Council of Nigeria, Rev. Takis Caifas expressed his gratitude to the Council for the honor bestowed on him to take over the helm of affairs from the out gone Chairman, Archbishop Tunde Adeleye.

“I must confess that I’m most humbled to stand before you today to present this acceptance speech on the inauguration of the new executive of CCN, Cross River State chapter with me at the steering seat. I am indeed humbled because of the confidence you have reposed on me to be your leader and to continue from the lofty strides made by the Archbishop Tunde Adeleye led administration. “I thank most importantly, the immediate past Chairman, His Grace Archbishop Tunde Adeleye for his fatherly and passionate administrative skill in always bringing CCN in the State to work as a family. It is work placing on record your execution of your heavenly mandate of steering the ship of CCN in the State gloriously. I will need God’s grace and our collective prayers and support to fit into your big shoe.”

Speaking on the way forward for the Council, Rev. Caifas solicited for the support of Heads of Denominations which are part of CCN, both in the State and Local Government levels and proposed the vision of the Executive for the next administration. “With the cooperation of the heads of denominations that make up CCN in the State, the elected executive members, the wings and the LGAs, l have proposed the following; continuing the plan of having a CCN Ecumenical Centre in the State, having a courtesy call on the Chief Medical Director of UCTH,  on areas of interest in view of the location of our Chaplaincy in UCTH, interfacing with the Government and donor agencies to empower our women and finally, having an audience with the Governor, Sen. Ben Ayade and interfacing with the Government both at the State and LGAs levels.”

Highpoint of the event was the inauguration was song rendition and advise to the new exco from the congregation.

By Patrick Obia A suspected car snatcher, Ikechukwu John and and his spouse, Chibuzor Nduka, have been nabbed by

Though people grieve differently, one factor common to all of us is that after a loss, denial kicks in.