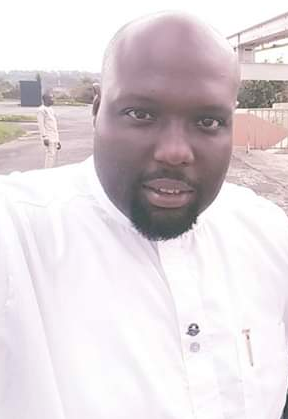 The immediate past Commissioner for Finance, Cross River State, Mr. Asuquo Ekpeyong, Jnr. has denied having any relationship with one of the Presidential candidates for the on-going election of the National Association of Cross River State Students (NACRISS).

Disassociating himself from news making rounds that he’s sponsoring Awatt Eso and is bent on delivering him,  Asuquo Jnr. said “it appears some miscreants have set out with the intent to tarnish my image.”

The former Commissioner stated that it is laughable to link him with who emerges as NACRISS President as interfering in the internal affairs of the students’ body would be an unnecessary distraction.

Mr. Ekpenyong Jnr. maintained that he has been in Lagos on a business trip since last week and wasn’t even aware of the election activities. He said the information is misleading.

In his words “It is obvious that those behind this misinformation are primed at mischief and scoring cheap political points, I have not met the Mr. Awatt in question and neither is he my cousin by blood, marriage or any other form.”

He advised that the Association should not to allow itself to be used as a weapon for proxy political war in Cross River State. He admonished the body to resolve its internal issues amicably.

The former Finance Commissioner said “NACRISS should be apolitical as a students’ body and pressure group aimed at furthering the well being and interest of undergraduates of Cross River State extraction and therefore guard against being used politically.”

He advised Nacrites to endeavor to choose its “leaders internally in a free and fair process without external influence.”

Asuquo Jnr. however commended the association for using the platform to create a sense of belonging amongst students in the State.

In the Press Release made available to our newsroom he assured them of his support to ensure the association achieve its core objectives.

Desecrating Our Institutions As A ‘Legacy’ BY VENATIUS IKEM