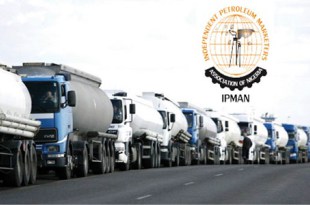 Dealers of petroleum products in northern Cross River are currently accusing the embattled factional leader of the Independent Petroleum Marketers Association of Nigeria, Mr. Lawrence Agim as the mastermind behind the arrest and harassment of its members in Obudu local government area.

Leaders of the Obudu/Obanliku chapter of the Petroleum Dealers And Marketers Association told CrossRiverWatch that Mr. Agim who owns at least two fueling stations in Obudu is a member of the association and has defaulted in his dues payment and when confronted, resorted to mobilizing policemen to arrest two members of the association’s task force.

The duo were arrested on Saturday and the Chairman, Mr. Emmanuel Abua told this reporter on Sunday morning that members have fled their homes for fear of being arrested.

“Mr Larry who is a member of our association and the owner of Larry’s filling station obudu, is indebted to the association,” Abua told CrossRiverWatch.

He continued: “In our last drive to recover the unions money we met his Manger just like we have done in all other stations, and asked for our funds but we got nothing and so we collected the hose from the metres so they won’t be able to sell products until the debt is paid. But instead of paying the debts, he went  to the police to order the arrest of some of our members.

“I have spoken to the youth council of Nigeria obudu chapter and some other associations, if our members are not released to go back to their families the union will shut down all stations in the area.”

The duo were transferred to the State Criminal and Investigation Department in Calabar on Sunday morning and the matter is currently being handled by the Anti Robbery Squad, CrossRiverWatch gathered.

However, as at press time, CrossRiverWatch gathered that those arrested include the Chairman, secretary, financial secretary, treasurer and public relations officer.

Also, the dues in question are said to have been been valued at N26,000 only.

Efforts to reach Mr. Agim whose battle with one Mr. Edet Umana caused an almost week long scarcity in June failed as calls to his known line did not connect.

However, CrossRiverWatch gathered that Mr. Agim had through his legal representatives, Okimasi Ojong & Co petitioned Mr. Abua and three others to the Commissioner of Police for theft, damaging of properties and threat to life.

In the petition dated August 14, 2019 and sighted by CrossRiverWatch, Mr. Agim alleged that the quartet of Abua, Michael Ikpe, Obodu Ndubusi and Stanley Agiende (who were described as “group of cultists and thugs”) had on Saturday, August 10, 2019 attacked his fueling station.

Agim’s lawyers claimed that the quartet “in the company of thugs invaded our client’s station brandishing guns and cutlass” and allegedly threatened to “eliminate our client without any just cause.”

In the petition, Agim’s lawyers said Abuo and his colleagues destroyed fuel pumps and nozzles and carted away two nozzles valued at N1.5 million.

Further findings revealed that the event may not be unconnected to Agim’s tussle with Umana which forced Cross River Governor, Senator Ben Ayade to suspend the activities of IPMAN in the State.

Ayade had, in a release signed by his Spokesman, Mr. Christian Ita on August 7, 2019 announced that no group should “parade itself as the leadership of the association.”

CrossRiverWatch learnt that this followed a break down in discussions between both factions led by a three man committee headed by Mr. Tony Undiaundeye who had served as Senior Special Adviser on Public Affairs to Mr. Ayade in his first tenure.

The trio of Undiaundeye, a two time Special Adviser, Department of Public Transportation, Edem Ekong and immediate past Commissioner for Petroleum, Itaya Nyong were tasked by Mr. Ayade in June to seek an end to the lingering fuel scarcity caused by Agim’s and Umana’s fight.