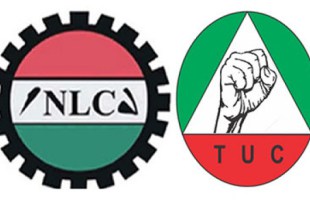 In a press briefing in Calabar, Labor said they have temporarily suspended the action, and have given government four to five months to honor the Memorandum of Understanding (MoU) entered else, workers will not hesitate to down tools again.

Labor disclosed that, the suspension is borne out of various pleas from well meaning Cross Riverians and the State Traditional Rulers Council led by HRM, Etinyin Etim Okon who pleaded on labor to call off the strike which has crippled the state since October 11, 2021.

Labor leaders who said the action which is one of the longest in terms of duration in the State was as a result of government’s insensitivity to the welfare of workers, thanked members for their supports.

“Since we have the interest of our state and children at heart, we cannot continue to follow the misdemeanor by the government.

“For the sympathy we have for our people in this State we will definitely like to tell all of us that, we have agreed to understand somehow for the period of 4 to 5 months and see whether what we have agreed with the government will hold because that has been the credence to this government that, when we agree after one minute we disagree.

“Today, the 11th of November, 2021, we have to call back our people to work because we have agreed on certain items that we believe if there is integrity in this government they will actually put into Practice what we have agreed.

“While we have become so soft is that, Traditional Rulers Council and all the meaningful people in Cross River State have called this Organized Labor and pleaded with them; definitely we have shown concern. That is the major reason why we say we want to relax and look at the government for the main time; we are not calling off this strike, we are only suspending it to see if the government will do the needful.”

Labor however, noted that they have come to terms on some of their 14 point demands and will be made known to the public in no distant time.