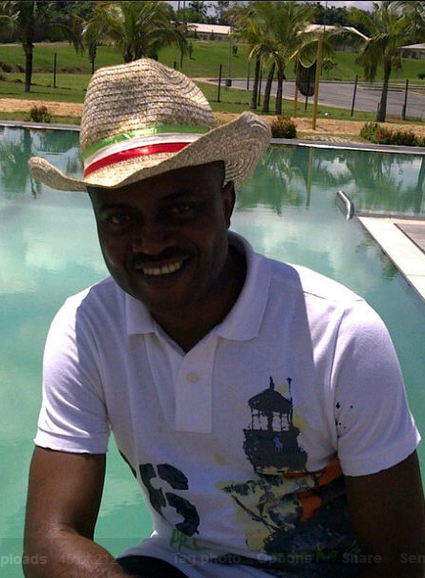 News reports of our Governor getting approval from the Cross River State House of Assembly to raise a bond for the sum of N40bn to finance various projects of the state government are thoroughly alarming.

2. Ordinarily, taking a Bond or other loan to finance projects is routine in government. But juxtaposed against the remaining time of this Administration, we are of the strong opinion that this is ill timed, baseless and leaves much to be desired.

3. Accordingly as true patriotic citizens of our state we wish to use this medium to call on all authorities concerned, to please help our state and the future of our children by denying approval for such a loan to Cross River State Government at this point in time.

4. It is on record that this administration has in the last one year alone completely depleted the state’s reserve fund which the Donald Duke Administration established during his tenure, into which 50million Naira was being saved monthly as a fund to stabilize the state in the event of economic hiccups that are inevitable in governance. This fund accumulated Billions of naira over the last 14 years since its establishment but in one fell swoop the Administration of Sen. Liyel Imoke has completely depleted it in some phantom projects whose value is still being questioned by Cross Riverians.

5. To make matters worse the surreptitious manner in which the “approval” from the Cross River State House of Assembly is said to have been obtained leaves a clear impression of suspicious intent. The governor is reported to have obtained his said approval from only the Principal Officers of the Assembly without the knowledge of the rest of the members of the Assembly! For this reason and others, we are aware that the House of Assembly is presently embroiled in turmoil collecting signatures of members to impeach the Speaker Mr. Larry Odey. Baring the intervention of the governor, the speaker’s tenure will end as a result of this act.

6. It is worthy to note that this administration has barely 8 months to go and by the time the processes are completed it will be lucky if there will be up to six months left. We suspect strongly that these monies will only end up as Campaign Funds because it is a well-known fact that six months to a major election like the 2015 election government will virtually become strictly politics. We cannot stand idly by while the state government mortgages our future by making obligations and commitments of this magnitude that will have the capacity to emasculate in coming administrations for over a decade.

7. It is on record at the Debt management office that Cross River State is the 3rd most indebted state in Nigeria, after Lagos and Kaduna, with a debt profile of $294m! We believe that Cross River State is officially listed as bankrupt unless that classification has changed in recent months. It is curious therefore how our government can contemplate a loan of such magnitude at this point in time to add to it’s already over bloated loan profile.

8. We wish to specifically draw the attention of the Minister for Finance and coordinating Minister of the Economy to save us from ourselves by properly advising our Governor rather than venture into more loans, to rather put his house together because as we write this all the states accounts including Local Government Accounts have been mortgaged to First Bank of Nigeria Plc for the loans the state is holding.

9. We also wish to draw the attention of the Board and management of First Bank plc to reappraise their dealings with Cross River State Government because it has become clear that the relationship is crossing all banking ethics.

10. One would expect a financial powerhouse like First Bank of Nigeria Plc to give good and professional advice to the State government especially to concentrate on repaying subsisting loans with the bank, not to take more unless of course the Bond is to service the already over bloated loans the state government owes First Bank for which they have had a staff seconded to the State Government as Commissioner for Finance. If the Bond is to service already existing loans, then of course the information on request for issuance is false and misleading to the investing public. No one is likely to buy a bond to repay a loan.

11. We wish to also draw the attention of the Central Bank of Nigeria to this and equally request her to look at its regulations and their books to ascertain if they can legally approve the issuance of such a Bond given this background. Indeed CBN should check why as late as 2011, it had in a financial Advisory to Banks operating in Nigeria advised against further loans to some states, including cross river state.

12. We wish to warn that Banks that get involved with the issuance of this Bond should beware because the bond is politically motivated and its approval suspect, leaving it vulnerable to future litigation.

13. Finally, we wish to reassure Mr. President, President Goodluck Ebele Jonathan, GCFR, and the People’s Democratic Party that we are solidly behind his aspirations for a second term in office as are 99% Cross River State people. The impression being given that only the governor can deliver him and the Party are mere creations to give some people undue advantage in negotiating their own interests. Any poll conducted now will show clearly that we are united in our collective stand with our brothers in the South South to remain unshakeable in our resolve to vote you in again as President come 2015 for a well-deserved second term in office.

14. Do not allow anyone no matter how highly placed to use you to fight his own local wars in Cross River State and hoodwink you into committing atrocities against your people to his own self serving advantage, in the name of giving you political support.