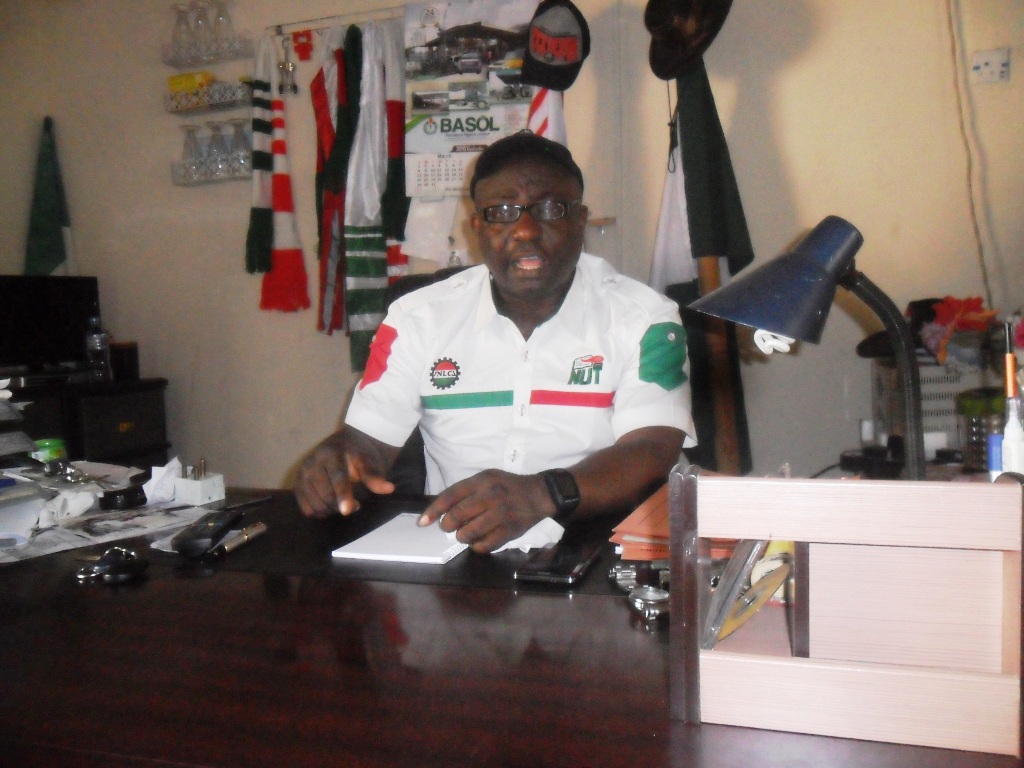 Following the resumption of public schools in Cross River State on Monday 20th April, 2015, the state chapter of the Nigeria Union of Teachers, NUT Chairman, Comrade Eyo Nsa Itam, has said that, he allowed members of his union to resume work only because he wanted to create room for discussion with the government over non-payment of salaries and other pertinent issues pending in their negotiations.

He barred his mind in an exclusive interview with CrossRiverWatch in his Calabar office where he revealed that, “As we speak the primary school teachers were paid half salary in February, in March they were paid full, you will keep asking yourself what would become of your February balance meanwhile in the pay slip your salary has been paid in full.

“I wanted to stop the re-opening of schools today (Monday) but I decided not to so that we could have room for talks, so that it won’t seem as if the chairman is not considerate, meanwhile it is the government who should be considerate”.

He added that, “As we speak the secondary school teachers have not gotten their March salary, Mr. President said he does not owe anybody so I see no reason why they should not pay salary”.

Furthermore, the NUT boss mentioned overdue promotion of some teachers as a factor inhibiting effective service delivery from teachers.

His words: “Promotion is an incentive; you will discover that so many teachers have not been promoted over the years. We have some principals who have been on level 16 for over ten years; we have made a case for them to be promoted to level 17 which I believe will go a long way in boosting their ego”.

According to him, the recent employment exercise of science teachers by the state government is good “but all areas need teachers not just one, therefore equilibrium in filling the vacuum should be considered and maintained when recruiting.” More so, he emphasized the need to fully revive our local dialects in our schools.

Comrade Itam said infrastructure and teaching materials need to be improved upon by the state government, recurrent workshops within and outside the country just as the legislators get should be modeled for teachers whom he described as nation’s builder.

He decried the attitude of some Ministry of Education inspectors and supervisors saying, “Many inspectors, supervisors today are people who ran away from teaching because of its rigorousness but today they insult many teachers who are doing what they cannot do. Many of them never attended classes as at when due, some couldn’t write lesson notes but today, they can’t appreciate what those teachers are doing which they cannot do. They should learn how to appreciate those who do what they couldn’t do”.

By CrossRiverWatch Admin Listen To The Report The wife of the President of the Federal Republic of Nigeria, Mrs.