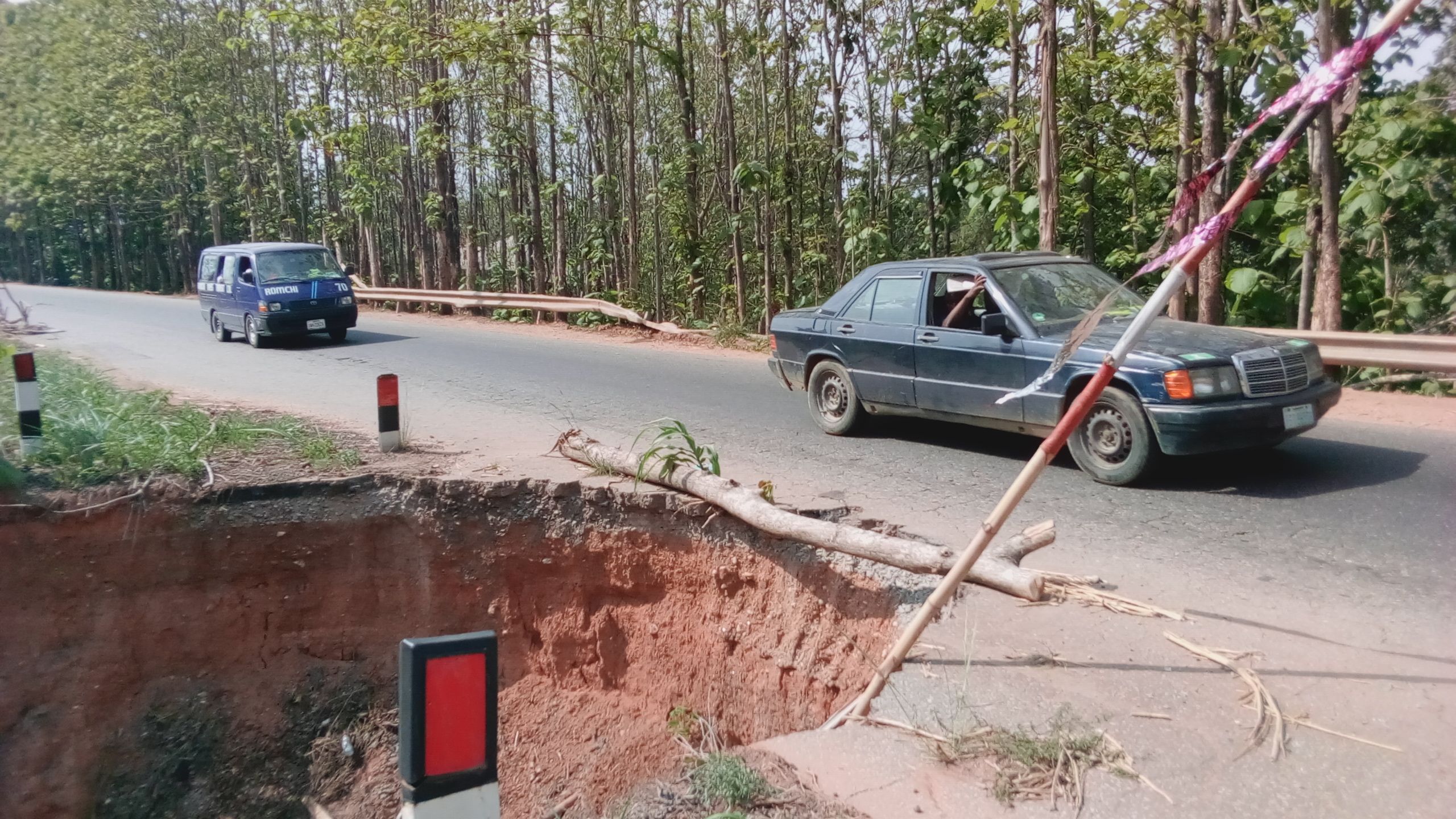 New Netim in Odukpani and Akpet Central in Biase axis of the Calabar-Ugep-Ikom highway are currently threatened by erosion which has washed away almost 40 percent of the road.

At New Netim in Odukpani local government area in southern Cross River just after the Army and Police checkpoints, the erosion impact has become a sore sight with fibre optic cables washed off and almost 30 percent of the tarred surface washed off.

A visit to the scene on Saturday showed that two vehicles cannot pass through the section currently with CrossRiverWatch transport correspondent pointing out that; “With the rains coming, Calabar will be cut off again from the rest of the state as that place will collapse in a few weeks.”

At the Akpet Central axis of the highway, about 200 meters away from the Biase local government secretariat, another section of the highway is being threatened by erosion with some tying red flags on sticks and putting other road signs to warn drivers of the gully that has encroached into the middle of the road.

“This place is even a bend and any unsuspecting driver can easily become deceased,” noted our correspondent.

He wondered why the local government council has not mobilized to site and carry out remedial works on the road since it serves both residents and other commuters.

He queried the state government position that it has spent over NGN20 billion in rehabilitating federal roads with nothing to show for it and wondered where exactly had been rehabilitated.

It is unclear what led to the fall but this reporter noted that the trucks collapse in very bad portions of the road.

At Ibiae, a soldier was spotted with a gun watching as people scooped petroleum products, while at the market in Adim where the second tanker fell, it was a jamboree with over 20 people struggling to scoop the products at the same time.

The road has been a subject of controversy with the Federal Government announcing that it had terminated the contract of a company which had failed to live up to expectations.