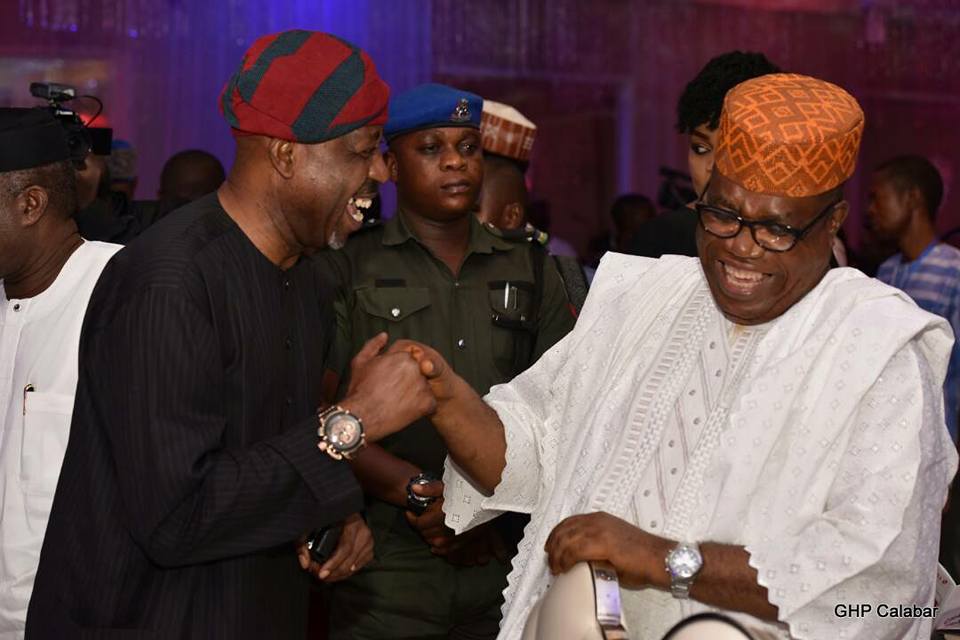 Cross River Governor, Senator Ben Ayade has bagged the 2016 Tell Magazine Governor of the year award for his “Leadership style (which) has shown that with the right kind of leaders, Nigeria can indeed be a great country we all dream of,” said the President of the magazine, Mr. Nosa Igiebor.

He becomes the maiden Tell Magazine Governor of the year with Igiebor disclosing that Ayade’s name kept coming up when the Magazine opened it polls.

“When the committee decided that we threw the selection process open to Nigerians to decide who their Governor of the Year was, Ayade’s name was a recurrent decimal because of his outstanding performance in Cross River State,” Igiebor said last weekend at the Civic Center in Victoria Island, Lagos, venue for the award and noted that the organizers were impressed with Ayade’s performance in two years despite Nigeria’s economic challenges.

“We wanted to celebrate heroes of service in Nigeria. Ayade was less than two years in office and he had already shown the way as well as become a role model in the country,” Igiebor added.

The chairman of the Award Committee, Mr. Babs Alasa in his remarks described Ayade as “an epitome of excellence in governance and since the award was to honor excellence, that is why you were nominated as the maiden tell Magazine Governor of the Year 2016.”

Ayade was represented by his deputy, Professor Ivara Esu at the event who chronicled the challenges faced by the state which is struggling to come to terms with the harsh economic realities and the stle of fiscal federalism which has reduced the State to an orphan.

He dedicated the award to Cross Riverians, and their leaders whom he said not much would have been achieved within such a short time without their support, adding that: “Consciously, I also believe that this award is an impetus for me to do much more.”

The award comes two months after Ayade won the Vanguard Newspapers Governor of the year award.