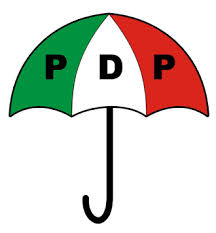 There are less than 20 Cross River names in the over 820 names listed as members of the various committees and subcommittees of the Peoples Democratic Party (PDP) non elective convention following resolutions from its 74th National Executive Council.

This makes the state have the highest number of past and present Chief Executives in the fourth republic as members.

The trio are joined by, former acting Governors, Mr. Frank Adah, who also served as speaker of the state house of assembly and Mr. Efiok Cobham in the 326 man committee headed by Senator Arthur Ifeanyi Okowa, the Governor of Delta state.

Mr. Collins and Ayim are also paired in security and protocol subcommittee.

That brings the total to 16 with Mr. Imoke serving as the state representative in the south south zonal reconciliation subcommittee headed by the Akwa Ibom state Governor, Mr. Udom Emmanuel.

The committees and subcommittees will be inaugurated on Tuesday in Abuja.

By CrossRiverWatch Admin #RevolutionNow protesters in Cross River State has said Nigeria as a nation, has nothing to celebrate

Nigeria today turns 60 years as an independent country. After 60 years, Nigeria boasts of 36 States and the