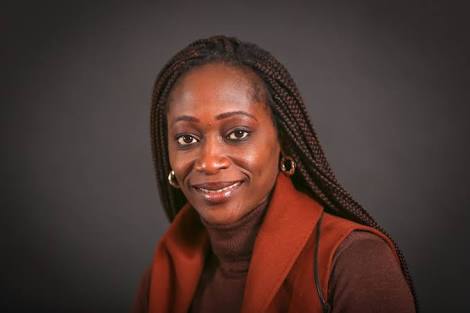 She said the family visited Mr. Tinubu earlier today to thank him for his “efforts,” where he explained to them that the declaration was part of the merger talks of political parties that formed the All Progressives Congress.

“We were today visiting Asiwaju Bola Ahmed Tinubu to thank him for the efforts he has been making that has now manifested,” Hafsat told hosts of Hit 95.9 FM Calabar’s ‘The Dialogue With Agba Jalingo’ show.

“What he explained to us was that when there was a merger talk it was one of the conditions of the merger talk that he put forward to the President but he said that the President never indicated whether it was acceptable or not,” she added.

President Buhari had earlier this week declared June 12 as the new democracy day and awarded posthumously, the prestigious national honor of Grand Commander of the Federal Republic (GCFR) on the late Abiola among others.

Mixed reactions trailed the declaration as reported by CrossRiverWatch.

Mr. Abiola’s family has been invited to Aso Rock to receive the award on Tuesday, June 12, 2018.

However, Hafsat who serves as the Board President of the Kudirat Initiative for Democracy said honoring her father was not enough.

She said the family told Mr. Tinubu that her late mother, Kudirat Abiola expended “so much” as well as many others even as she hoped that the President will extend that honor to them.

“But, one of the things we said to him at the meeting today was the importance of recognition for my mum because she also fought, she also expended so much and she remained faithful to the people of Nigeria; she should be recognized.

“There were so many people that were critical to the June 12 movement and they are only recognising my dad and recognising Gani Fawehinmi, there is still others.

“And so, now that something like this has happened, I hope that the President will soon realise that like Oliver Twist, we will be asking for more,” she said.

Listen to audio below.