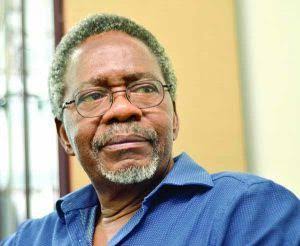 By Efa Sunday and Andy Mba

The former Vice Chancellor of the Ekiti State University, Ado-Ekiti, Professor Akin Oyebode has said that as Nigeria heads for the general polls in the first quarter of 2019, the future of democracy in the country is on the line.

Oyebode stated this while delivering the keynote address at the maiden FAD Media Group political summit in Calabar, the Cross River State capital where he called for concerted efforts geared towards the protection of the ballot box to prevent post elections problems.

“The future of Nigeria’s democracy is on the line in 2019, for if we do not pass the test in the next election, Nigeria’s democratic experiment might be imperiled,” Oyebode, an emeritus Professor of International Law and Jurisprudence at the University of Lagos.

Oyebode who spoke on the theme: “Elections 2019: Every Vote Must Count (Towards A Free, Fair And Violence Free General Election),” expressed disappointment over the electoral process since Nigeria’s first electoral process and stressed the need for cooperation from everyone if the votes must count.

“All efforts should be geared towards ensuring the sanctity of the ballot box such that every vote counts. While this must be an enduring ethos for our political praxis, we should be brave enough to admit the existence of rough edges within the electoral process.

“A situation in which many voters are disenfranchised owing to the errors on the electoral register, snatching of ballot boxes at this time and age, inducement of voters, compromise of electoral officials, gives a lot of concern whether things will get better in 2019,” he said.

He challenged the key players involved in the conduct of the election, to ensure fairness, equity and strict compliance with due process of law, not minding the current political situation.

This, he said, “will help to stem the tide of grievances, disillusionment and ultimately rejection of election result,” which has grave consequences on the health of the nation.

Furthermore, he called on political leaders at all levels to uphold the tenets of democracy, even as he cautioned against laundering the international image of the country, as he warns that “the eyes of the world are riveted on Nigeria.”

Also, the veteran lawyer charged well meaning Nigerians to strive to change the modus operandi through active and positive participation in the electoral process. He sued for “conscience-voting” which according to him, “is the only way to transcend the country’s current difficulties.”

The Chief Executive Officer of rhe FAD Media Group, Mr. Fidelis Duker in his remarks said the organisation of the summit was, “spurred out of a need to engage the political office holders to be accountable as we prepare for the 2019 general elections.”

Duker who averred that the organisers hope the “electorates will shun political apathy,” expressed optimism that deliberate efforts geared towards sensitising them will lead to a change in the political narrative of Cross River State and beyond.

Several political bigwigs were invited for the summit which also saw the organisers pay tribute to the late factional chairman of the All Progressives Congress (APC) in Cross River State, Mr. Matthew Achigbe who died in a car crash a few days to the event.

Mr. Duker had explained that he was also invited to join the panelists.

Three leading gubernatorial candidates for the 2019 polls; Ben Ayade of the People’s Democratic Party; John Owan-Enoh of the APC and Eyo Ekpo of the Social Democratic Party (SDP) as well as several others were expected to speak at the summit.

But, only Mr. Ekpo was present while Ayade, his Deputy, Professor Ivara Esu; the Speaker of the Cross River State House of Assembly, Honorable John Lebo; the Chairman, governing board of the Niger Delta Development Commission, Senator Victor Ndoma-Egba; Senator Gershom Bassey and the Special Assistant to President Muhammadu Buhari on prosecution, Chief Okoi Obono-Obla were among notable absentees.

However, the Chairman of the Cross River State Traditional Rulers Council, Etinyin Etim Okon Edet, SDP deputy guber candidate, Engineer Wofai Ewa, the central senatorial district candidate of the Young Progressive Party for the 2019 general elections, Mr. Anthony Bisong, Mr. Venatius Ikem among others were present and alongside other attendees, were thrilled to performances by Upper X and Shady Baba.

Other highlights of the event was the cutting of a cake in the hopes of a violence free and fair elections.