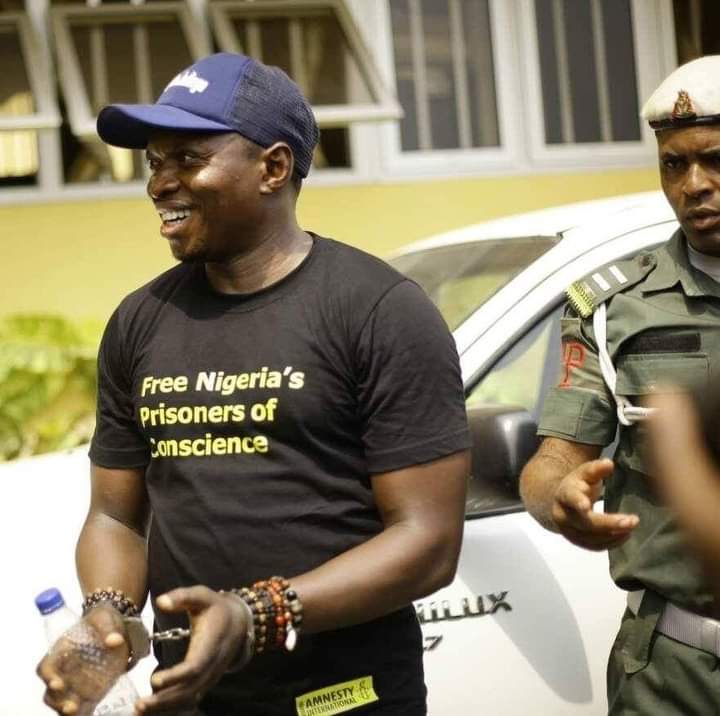 The ECOWAS Court of Justice has fixed June 29, 2021 for judgment in a suit challenging the “unlawful” arrest and prosecution of a Nigerian journalist and publisher, Agba Jalingo, under the cybercrime, terrorism and criminal code laws.

The suit was instituted by a civil society group, the Socio-Economic Rights and Accountability Project (SERAP), against the Federal Republic of Nigeria and Cross River State.

The applicant alleged that Nigerian Government is fond of using the various laws to harass and intimidate critics, and to suppress freedom of expression as well as press freedom.

It wants the regional court to order the Government to drop the treason and terrorism charges instituted against Mr. Jalingo and pay him compensation.

Premium Times had reported how Mr. Jalingo was arrested on August 22, 2019, and remained incarcerated till the court in Cross River granted his third request for bail after he had been detained for 179 days.

He was charged with terrorism and treason following a report published by his Cross River Watch alleging that Cross River State Governor, Ben Ayade, diverted N500 million belonging to the State.

SERAP in its suit marked ECW/CCJ/APP/10/20, sued the Nigerian Government at the ECOWAS Court for the use of the Cybercrime (Prohibition, Prevention, etc) Act 2015, Terrorism (Prevention Amendment), 2013 and the Criminal Code Act to unlawfully charge Mr. Jalingo before the Federal High Court, Calabar Judicial Division.

The applicant alleged that the alleged harassments, intimidation, arbitrary arrest, detention, torture, unfair prosecution and imprisonment of Mr. Jalingo and other journalists exercising their rights to freedom of expression and information and media freedom violated all the international and regional treaties on human rights to which Nigeria is a State Party.

A statement by the information unit of the court stated a three-man panel of the court had during a virtual court session held on April 6, 2021 heard Mr. Jalingo’s oral testimony and adjourned till June 29 for judgment.

By Ushang Ewa The House of Representatives on Tuesday during plenary, adopted a motion by first term lawmaker, Alex

By CrossRiverWatch Admin Two term lawmaker, Legor Idagbo has dismissed any insinuation that the investigation of the House of

By CrossRiverWatch Admin Fifth term federal lawmaker and Chairman of the House of Representatives Committee on Niger Delta Affairs,