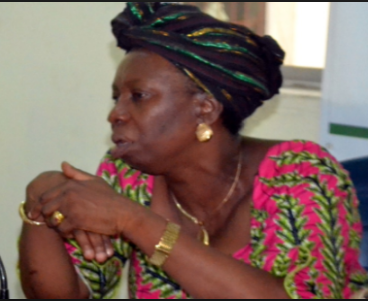 The embattled Resident Electoral Commissioner of INEC in Cross River State, Mrs. Gesila Khan, was granted administrative bail on Sunday and she is expected to report at the EFCC office today as part of the conditions for the bail.

Khan who is alleged to have shared in another $115 million scam uncovered by the EFCC  now facing multiple charges with the anti-graft commission and will be reporting to the EFCC’s office on scheduled dates agreed with her.

In the fresh scam, Mrs. Gesila Khan is accused of collecting N185, 842,000 out of a N681m bribe supplied to INEC officials by former Petroleum Minister, Diezani Alison Madueke to compromise results of the last general election.

A former Deputy Director of INEC in Cross River State, Edem Okon Effanga is also accused of collecting N241, 127, 000 from the bribe.

Others include Fidelia Omoile an Electoral Officer in Isoko-South Local Government Area of Delta State who is accused of collecting N112, 480, 000.

While the Head of Voter Education in INEC in Akwa Ibom state, Immaculata Asuquo, is also accused of collecting N214, 127, 000.

The EFCC believes that the $115 million bribe money came from proceeds of stolen crude oil and was given to INEC officials to alter the results of the 2015 Presidential election.

“Our operatives have discovered that the $115 million came from stolen crude oil. They got it from former Petroleum Resources Minister Mrs Diezani Alison-Madueke,” a top EFCC official said yesterday.

The EFCC has frozen all the accounts of top officials of the Independent National Electoral Commission (INEC) and oil chiefs implicated in the $115m (N23.29b) bribery.

This is in preparation for the arraignment of some suspects, including Fidelity Bank Managing Director, Nnamdi Okonkwo who allegedly coordinated the sharing of the money from his bank.

Plastic As Tuition: A School In Lagos Is Reducing Waste, Providing Quality Education All At Once

By Zubaida Baba Ibrahim, HumAngle “The best thing to have ever happened to me” was how Onuka Blessing described

The political season has come around full swing in Cross River State, and no other subject is dominating the