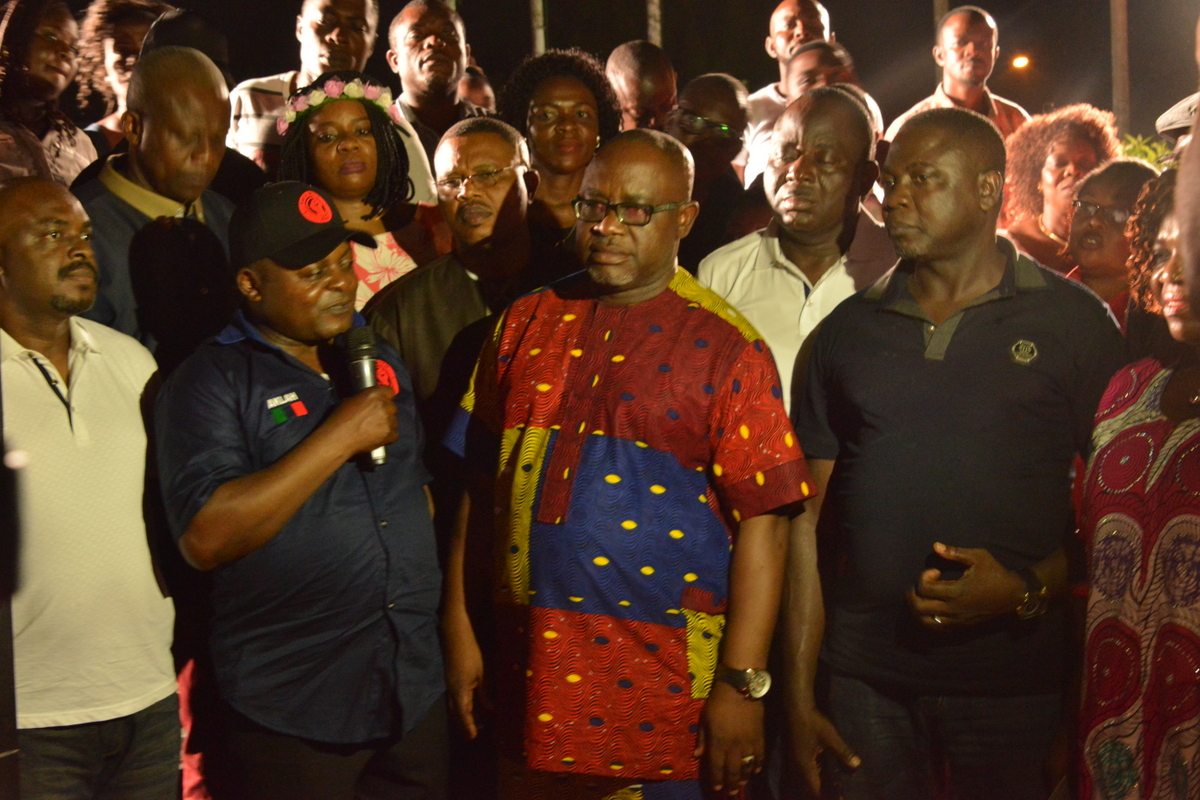 Ayade CrossRiverWatch gathered, was tired and upon learning that the event was scantily attended with only a handful of appointees present directed that Aklah goes ahead with the event which was been aired live on state owned broadcasting outfit, CRBC.

The event which was billed for 7:00 PM did not start till about 10:30 PM with two musical artist performing before those present were invited for the lighting proper.

Aklah said the Governor was tired and was scheduled to travel to Owerri, Imo state with a cultural troupe for a Carnival and Ukpukpen who is Ayade’s representative at the State House of Assembly flicking the switch to signal the beginning of the Calabar Festival proper.

However, Ayade did not travel the next day as scheduled but findings revealed that the troupe had traveled since Monday morning.

Also, the population of attendees was scanty with Health Commissioner, Inyang Asibong stealing the show with green-lit Yeezy’s footwear.