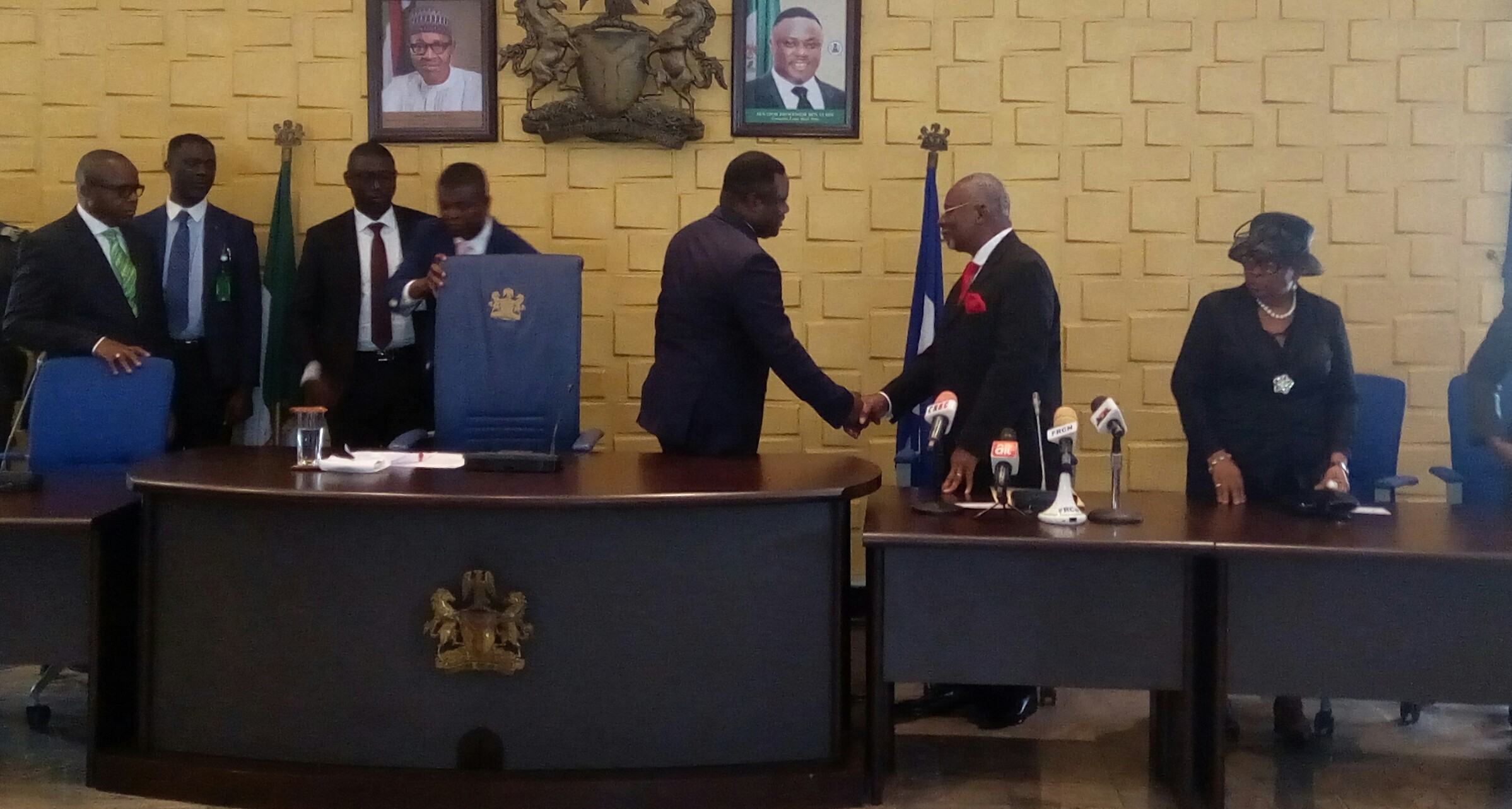 Cross River Governor, Senator Ben Ayade has sworn in Justice Michael Edem as the new Chief Judge of the state with a charge to ensure the delivery of justice in the state with conscience.

The swearing in followed his confirmation by the State House of Assembly on Tuesday after serving out his acting tenure and fulfilling the necessary requirements said Barrister Tina Agbor, the Secretary to the State Government.

Mr. Ayade while congratulating the Justice Edem said there was need to move towards the new trend of dispensing Justice which sought to know the causative for the crime committed and will see both parties leave happy.

He argued that the death of man’s internal policing mechanism which is conscience, will mean the death of man himself as humanity must supersede the common law logic of playing by the rules and dispensing maximum sentences for crimes.

Justice Edem who was appointed in acting capacity following the demise of the late Justice Ikpi Itam, in his remarks pledged that he will dispense his duties in a “Digital” manner as he could not afford to be “analogue.”

He commended all who made it possible for him to be nominated, appointed and subsequently confirmed Chief Judge of the state and promised to “take up arms against injustice.”

Justice Edem hails from Akpabuyo local government area and was born in 1954.

The 63 year old was called to be bar in 1979 and engaged in private legal practice for 17 years before leaving the bar for the bench after been appointed a Judge in 1997 where he served in the Ikom, Calabar, Akamkpa, Ugep judicial divisions before he was called back to the Calabar division.