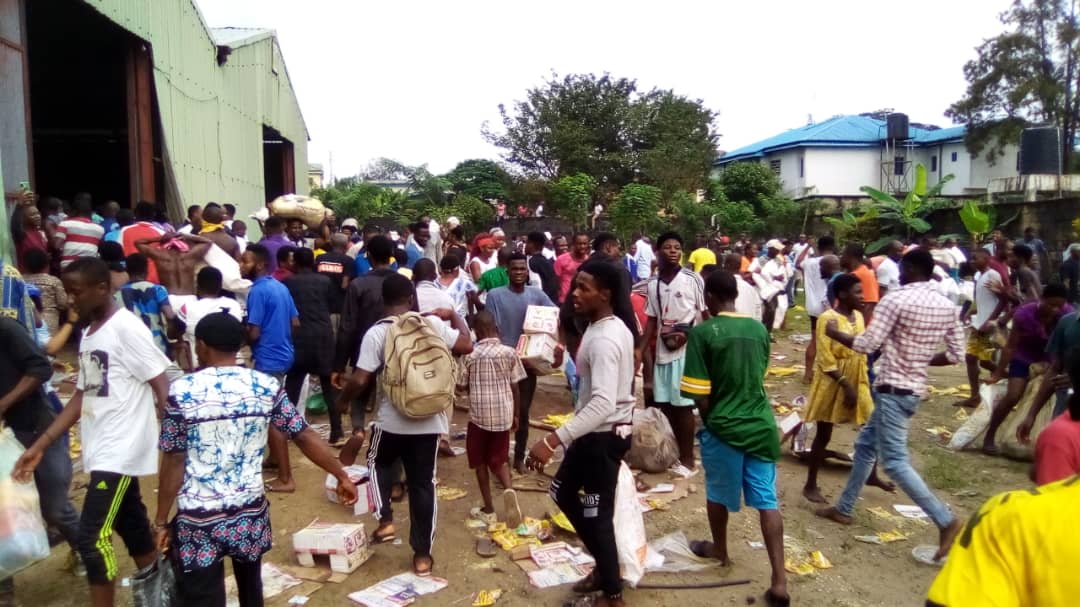 There is an ongoing looting at the warehouse used as central distribution center for COVID19 palliatives by the Cross River State government in Calabar.

The warehouse is located within the premises of the Cross River State Property Investment Limited (CROSPIL) and behind the Construction and Fabrication Academy of West Africa allegedly bought over by Governor Ben Ayade.

The warehouse is less than 200 meters from the private residence of Governor Ayade with nearly a thousand people carting away foodstuffs including noodles, rice, beans, water amongst others in what seems a repeat of the action in Lagos State.

Earlier in the day, dozens of masked people had stormed the secretariat of the Calabar South Local Government carting away properties worth millions of Naira.

A Supervisor in the council who did not want to be named told this reporter that: “These were not protesters, they wore masks! They were thieves. They carried everything away, everything.”

Also, reports of an escalating gang war at Murtala Mohammed highway have reached out newsroom with a gun shot heard less than an hour before press time.

Meanwhile, protests against police brutality continued in Calabar with about two hundred people marching round the 12 kilometer carnival route peacefully.

By Anietie Akpan, Guardian Newspaper October 23 and 24, 2020 has gone down in history as a disaster in