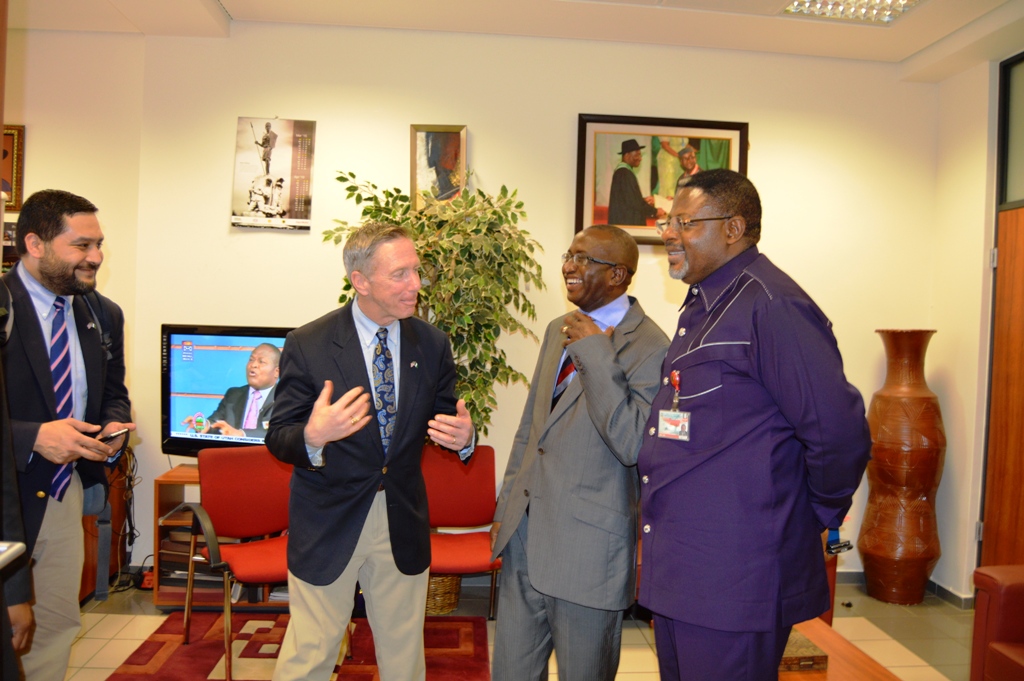 Senator Bassey Otu today dismissed rumors of his alleged involvement in the assassination attempt on Gershom Bassey, the PDP flag bearer for the Southern Senatorial District of Cross River State.

Otu, a former Peoples Democratic Party, PDP Senator who decamped to the Labor Party (LP) following the acrimony that attended the Peoples Democratic Party primaries in the state in December 2014 made this remark when the United States Congressman Stephen F. Lynch, paid a working visit to the Senate Leader, Victor Ndoma-Egba in his office in the National Assembly.

When CrossRiverWatch asked Senator Otu what was his role in the attempted assassination, he asked rhetorically, “why would a more popular candidate want to assassinate his opponent? I really don’t give attention to such drama.”

Though full details of the working visit were not clear at press time, a source in the Senate Leader’s office said the three Senators simply deliberated on bilateral concerns affecting both Nigeria and the United States.

Otu pulled out of the Peoples Democratic Party in order to fulfill his ambition of returning to the Senate for a second term in 2015, and was recently reported by some online media to have been accused of involvement in the attempt on Chief Gershom Bassey’s life by armed assailants.

Prince Jedy Agba, Minister Of State For Power Accused Of Abuse Of Power

By Archibong Jeremiah The Minister of State for Power, Prince Jedy Agba has been urged to respect press freedom

By Archibong Jeremiah The chaos which disrupted the #EndSARS, #EndPoliceBrutality and #EndBadGovernance protest in Calabar, the Cross River State