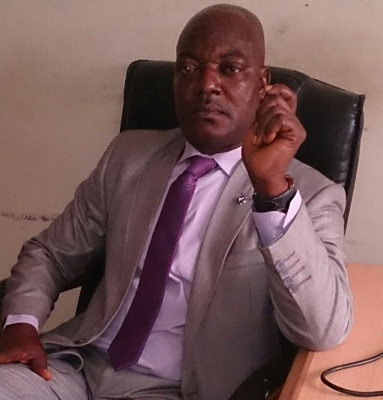 During recessions, the public gets frightened and holds back on spending, resulting in more layoffs, which in turn produces less spending in a vicious circle of economic decline”.

The above quote from one of British most influential economists of the 20th century, John Maynard Keynes (1883-1946), was a warning about the danger inherent in the attitude of the capitalist western world and indeed, America to shrink the money supply as a response to the Great Depression of the 1930s.

It will be recalled that when the Great Depression hit worldwide, there was an urgent need for economists to ponder over the slowdown in the economy and devise a way out. While Keynes was convinced that something as large and intractable as the Great Depression would have complicated causes, it was rather unfortunate that leaders of leading economies of the West found themselves helpless in the face of the overwhelming economic morass. Keynes, however, came up with an antidote to the economic slumps which at the time appeared to some of the leaders as rather too simplistic.

In fact, as part of his own intellectual response or solution to the economic chaos, the foremost economist shared his theory and proposed a solution with the late American President, Franklin Roosevelt. Ironically, Roosevelt, derisively dismissed Keynes theorizing with the words: “Too easy.”

Nigeria is currently at that bend, a tipping point where America and most the countries of the West once found themselves in the ’30s. Nigerian economy is today on its knees, a situation where the government is seeking external borrowings to fund budget; there is higher energy costs; spiraling national debt. There have been massive layoffs, failure of several states to meet their wage obligations to their workforce; foreign firms exiting Nigeria en masse; plummeting value of our local currency, the naira. These are a few defining features of our prostrate economy.

Undoubtedly, we are now in an abnormal economy, where there is a high level of unemployment. Expectedly, not everyone is spending his or her earnings as it ought to be. Since Nigeria’s recession moved from technical to a full scale recession, there is no more circular flow of money in the economy, where one man’s spending becomes part of another’s earnings, and your spending becomes part of my earnings.

In fact, with the increasing jobs hemorrhage everywhere in the land, the prospect of one’s spending translating to another’s earning is just as illusory. The tendency to hoard money is now a preferred option among Nigerians.

The cure for this, Keynes postulated, was for the government to expand the money supply by putting more bills in people’s hands. Accordingly, consumer confidence would return, people would spend, and the circular flow of money would be reestablished. Just that simple! That was John Maynard Keynes’ cure out of the economic quagmire that afflicted Europe and America at the time.

The situation in Cross River, as in Nigeria, is no different from the global economic fracture of the 1930s

As a neo-Keynesian, Governor Ayade’s thinking is strictly in tandem with the tendencies that made Keynes’ application practicable. The situation in many states of the federation as a whole, is worsened today as governments continue to shrink by laying off people and cutting down spending. This policy has proven as purely monetarist with no provable record of its workability anywhere.

Right from when Governor Ayade took over the reins of governance, he made it abundantly clear that the welfare and survival of his subjects would form the cardinal thrust of his policy, even as he seeks to industrialize and recalibrate the economy of the state.

As a demonstration of his commitment to his bond, apart from ensuring regular and prompt payment of workers’ salaries, the governor carried this a notch higher by defreezing the nearly 30 year-old recruitment embargo into the state’s civil service as well as tax waivers to low income earners in the state.

Ayade has often espoused the theorem that when an economy is in recession such as we are currently buffeted, it is the duty of government to spend its way out of it in order to sustain the circular flow of money.

With the unprecedented ferocity with which the recession has hit the country, leaving governors in a state of perplexity, and at a quandary, there is the general temptation to want to continue sticking to the old classical view. However, Governor Ayade’s fervency is that in a recession of this magnitude, it is necessary for the government to intervene and actively stimulate the economy.

A couple of months back, he ordered that a general staff audit to fish out spook workers be carried out across ministries, agencies and departments (MDAs) with political appointees not left out in the exercise. By the time the assignment was over, about 400million naira was discovered to being paid to ghosts. Yes, ghosts. In fact, ghosts exist everywhere, in the cemeteries and in workplaces. But only those in workplaces earn salaries, yet they do no work.

A whooping N400million saved from the staff auditing. Elsewhere, this humongous amount would cleverly have sneaked into the ‘voice mail’. But not with Ayade. That is the money he has decided to put back in the hands of the people. These are people who have lost their jobs, their dignity, self-worth and responsibility to their dependents. And in so doing, confidence is being clawed back. People are spending and the circular flow of money is being reestablished.

As a great proponent of Keynesian theory, what Ayade has done by expanding the government is playing the role of a modulator between two opposing theories of Adam Smith and Keynes with the introduction of what, if you will permit me, I will call the ‘AYADESIAN Theory’.

In the application of Ayadesian model, the governor has demonstrated that the forces of demand and supply must operate at two different levels- the level of public service and at the level of the capitalist structure. The policy adopted by the governor in the face of the overbearing recession is what can rightly be described as playing the role of a conciliator between Keynes and Adam Smith.

At the public service level, the platform on which the governor is operating, the focus is on the vulnerable. Central to this, is government’s intervention to mitigate or reduce the tension usually occasioned by the struggle to survive or at best, the survivalist tendency in humans. In any society, it is the failure to apply this principle that often morphs into social tension in. This is the governor who understands the correlation between unemployment and crime

At the heart of this polemics, is the desire of the governor to reduce social tension in the land, which often times pushes people to do the unthinkable. And this is where Ayade feels more obligated to.

In effect, Ayadesian theory is one that focuses on the reduction of social tension and crime by navigating through public service structure and ensuring that factors which propel citizens to devalue their humanism are taken care of. He has ensured that within the limits of the state’s available resources, many, instead of a few are guaranteed two square meals a day. And with that, the inclination to take to crime is minimized.

So when society is at peace with itself because the citizens have been offered a sense of dignity through public sector intervention, government can now focus on infrastructural development by sourcing third party funds from such international agencies like the World Bank, ADB, and sundry international finance institutions to finance capital projects. This allows government funds to become social equalization while projects funds come in from deep thinking.

While the goal of most state governments is to build skyscrapers as well as flyovers, which are increasingly becoming landmarks in many of the states capitals, and a measure of political achievements, these do not in themselves, transform the human persons. If anything, the success of any government at the end of the day will be measured by its sensitivity to the vulnerable in the society. This is because no human being suddenly becomes transformed on account of the presence of flyovers. Which is why the growth of a nation is indexed on per capita income, rather than magnificent edifices.

When John Maynard Keynes proffered his solution to addressing the ravaging effect of the recession over eight decades ago, there was nobody like Ben Ayade. However, by shared circumstance or coincidence, this deep thinking young man found himself confronted by exactly the same realities as occurred 85 years ago.

Just as Keynes’ methodology was pooh-poohed back then by leaders who questioned and sneered at his solution, so is Governor Ayade today being ambushed by some ludicrous armchair critics constantly baying for his blood for refusing to join the bandwagon of governors cutting salaries and reducing working hours, just as others engage in outright sacking of their workers.

Even as he strives to do the balancing act with his industrialization policy and getting more people engaged or occupied to reduce crime, the governor is yet not to be spared the scurrilities of his venomous critics, as he is daily being soullessly pilloried for his “stubborn” resistance to toe the conventional approach to governance. Every of his action is gleaned from the prism of opposition rather than objectivity.

Would you rather he sacked than employed like is being done everywhere?

By Taiwo Lawrence Adeyemi Cross River State has over 2,000,000 hectares of rainforest originally found in the State and