INTERVIEW: Why Calabar, Warri Ports Are Not Functional — NPA Board Chairman 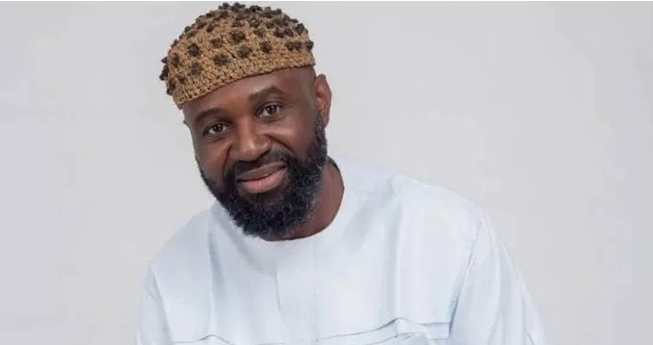 Akin Ricketts is the Chairman of the Board of the Nigerian Ports Authority. In this interview with Premium Times, Mr. Ricketts talks about developmental plans for the ports and other challenges that needs to be surmounted.

PT: You recently assumed the position of Chairman of the NPA, what impact do you think you can make to change the narrative?

Ricketts: I intend to encourage closer ties amongst the agencies in the maritime sector. These agencies include Nigerian Ports Authority (NPA), Nigerian Maritime Administration and Safety Agency (NIMASA), National Inland Waterways Authority (NIWA), and others. You will agree with me that the maritime sector can easily eclipse the Nigerian economic mainstay and become the number one foreign exchange earner outside crude oil. Note that the sector has the potential to employ millions of our citizens, thereby improving their living standards. It is my firm opinion that those in charge of the day-to-day running of the agencies in the maritime sector should close ranks. They have been closing ranks, but it will pay us better if they forge better ties because it will be of great benefit to the nation’s economy. The maritime sector is grossly underdeveloped and at a point in the history of the sector in our country, we had seagoing vessels. But now, I am still searching for all of that. I want to say that the technical expertise is available, all we need is further encouragement. If our maritime sector is not vibrant, you will not find foreign players indicating their interests to be involved, and for me that alone is an indication that we have a very profitable sector. All we need to do is to further develop it.

PT: In your inaugural speech, you raised issues about maximising the utilisation of the eastern corridor of seaports, what have you put in place to make that aspiration come true?

Ricketts: For that aspiration to be realised, it will take far more than an individual push. It will need the understanding and the buying in of everyone in the maritime sector. The inaugural speech you referred to was misconstrued by some persons. They probably thought it was to reduce the Lagos economy, but that is not what it means. It is about improving the economy of Lagos, which is the commercial hub of Nigeria. Recall that the Honourable Minister of Transportation, Rotimi Amaechi, and Babajide Sanwo-Olu, the Governor of Lagos State, as well as the Managing Director of NPA, Hadiza Bala-Usman, went on a tour after which it was decided that there will be a stop to the barging activities in the ports because it was detrimental to the internal roads which are not meant to be traversed by heavily laden vehicles. It was on that basis that I said some of these vessels should be encouraged to berth in the eastern ports and apart from boosting the economies of those areas, it will reduce the pressure on our roads. It will also give those in the eastern corridors a sense of belonging. The blue economy (marine economy) is so vast that nothing can affect the economy of Lagos and if the eastern corridors are utilised, it will allow Lagos to breathe, plan well and deliver the necessary infrastructure that are built to standards for better service delivery.

PT: But there are insinuations in some quarters that the over-concentration of port activities in Lagos alone has a political undertone. How true is that?

Ricketts: I will not delve into any political discussion concerning ports activities. However, I will dwell on some challenges in some of the other ports. In Cross River State, for instance, the draft of the Calabar port can barely take a modern-day ship. The Calabar channel has not been dredged for a while now and vessels these days need drafts above 10 metres and you cannot find that around that corridor. I think the port needs to be revamped and the channels dredged. The same goes for the Warri port as well. Some of these ports will need to have channel management companies to properly manage the channels.

PT: In 2014 the contract for the dredging of the Calabar port was awarded, why was it not dredged and what will you do about that?

Ricketts: The management is doing all within its powers to resolve that matter. You will agree with me that, that was long before I came in. In the current budget, the dredging of the Calabar port is not captured and I think we must look into that again. I think this is about infrastructural developments that will increase the revenue of the nation and change the narratives in the areas of operation. An operational Calabar port will also boost the economy of Cross River and all other beneficiary States along that corridor. The people of the State will appreciate President Muhammadu Buhari if the channel is dredged and it will be part of their democratic dividend. I believe it will get the desired attention in due time. As I said, no mention was made of Calabar port in the current budget. Maybe because of what may have transpired before, but we are working towards regenerating the port. The same situation goes for the Warri port too where we need to overcome some technical issues. I am of the firm view that the eastern ports will bounce back very soon.

PT: The Koko port in Delta has been in a moribund state for over 30 years. Are there plans to also revive it?

Ricketts: I understand that the Koko port has a natural depth for vessels. I think the port should also be fully utilised. We are going look at all of them in the eastern flank and see what could be done to make them operational. With what we have before us and the synergy among the agencies in the maritime sector, I believe these ports will become functional soon.

PT: With these array of comatose ports in the eastern corridor, we still have State Governments going into the development of seaports. Do you think it is a viable venture for them?

Ricketts: I do not want to discuss politics. But note that State Governments have their developmental plans in every sector, including the maritime sector. I will ask this question: In the true sense of it, can some of these state governments afford to establish a seaport?

PT: There is allegedly so much corruption in the ports, how can they be countered?

Ricketts: Firstly, we as a board can only deal with issues that are brought before us because we are not operating in the position of the executive. Primarily, our functions are more of oversight and giving necessary advice. It is only when some of these issues are referred to the board that we can talk about them. As it is, there is virtually no sector that you might not have one or two issues regarding corruption, but I believe they are largely being addressed.

PT: It is said that the costs of doing business in the ports are relatively high, are there plans to make it more pocket-friendly for business operators?

Ricketts: Such issues are not dealt with by the board, those running the day-to-day activities of the ports are the ones to look into that and it is only when it is beyond them that they refer it to the board. From my perspective, I do not think that the cost of doing business at the ports is relatively high and I know that the Federal Government policies that tend to reduce the cost of doing business across board.

PT: The pioneer inland dry port in Nigeria was inaugurated in Kaduna in 2018 and since then more have come on board, how viable are they?

Ricketts: Their viability is dependent on the cargoes that are destined for the ports. These ports will become fully functional once the railways start working very well. Transportation in the country has harmed our ports and I believe the rail system to help address that challenge. Goods will get to their destinations in a better-handled manner.