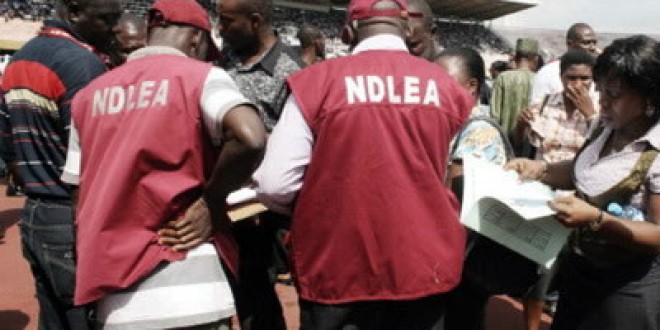 Illicit drug trafficking and abuse have remained a quandary in Nigeria for decades now. The extent of this mire or messy muddle was first brought to public attention on 10 April 1985 during what might be termed Muhammadu Buhari’s ‘First Missionary Journey’ to Nigeria. We could term it so because on the two occasions that he has emerged as Head of State and Commander-in-Chief of the armed forces of Nigeria, he has done so on the silver lining of a rescue mission to salvage the nation from plunging into the precipice of imminent peril.

For those old enough to know, and/or those that might be interested in the history of illicit drug in Nigeria, 10 April 1985 remains a morbid watershed. It was on that day that the narco-trio of twenty-six-year-old Bartholomew Owoh, twenty-nine-year-old Bernard Ogendengbe, another twenty-nine-year-old Akinni Lawal Ojuolope were publicly executed by firing squad upon their sentence by a special military tribunal for trafficking in illicit drugs.

Their execution was backed by Decree 20 which was enacted in 1984. The death penalty was however soon abolished after Ibrahim Babangida took over in another military coup on 27 August 1985.

Babangida’s overthrow of Buhari effectively put paid to the execution of a number of others waiting on the death row having been already sentenced by the special military tribunal. Since then the prevalence of drug abuse and its exacerbating social consequences have lingered on in Nigeria.

Recent times have unfortunately witnessed some astronomical prevalence in the phenomenon. Illicit drug trafficking and abuse are presently done openly. These drugs can be obtained in clubs, some major hotels, inner street areas and even over the counter (OTC) in pharmaceutical shops.

The sociological consequences of this situation can hardly be imagined. Many young people are either dying or wasting away due to their involvement in drug abuse. Just recently two friends of David Adeleke, a popular Nigerian hip-hop music star artist popularly known as Davido reportedly died of drug overdose.

The first victim was Umueke Tagbo, who was said to have ingested a combination of substances in addition to 40 shots of tequila at a pub in Lekki, Lagos. Gbemiga Abiodun alias DJ Olu, Davido’s other friend and son of Dapo Abiodun, multimillionaire oil magnate, also died of drug overdose. These unfortunate incidents and many more involving low profile persons infer the extent of the drug menace in our country at the moment.

But the aforesaid is just one part of the story. The other part, which is equally disturbing, is the fact that the country’s image continues to be enmeshed in disrepute as many Nigerian get convicted of drug offences and are being sentenced to death in countries like Singapore, Indonesia, Vietnam among others every now and then. A few examples will suffice here. Not long after Michael Ikenna was put to death by lethal injection in Vietnam, another Nigerian, Iwuchukwu Amara Tochi got executed in Singapore. Two years ago two other Nigerians namely; Solomon Okafor and Daniel Enenuo were in one swoop put to death in January 2015 in Indonesia after being caught with heroine. Some months later precisely in July 2016 three other Nigerians were executed having been sentenced to death in the same country. There are many more that have been arrested, tried, sentenced and are awaiting execution in those and other countries where drug offences attract the maximum death penalty.

A valid question that may be asked at this point is what government is doing about this ugly trend? Without disregard for the existing drug war architecture in the country, the nation seems to be performing rather very poorly in the war on several fronts.

The National Drug Law Enforcement Agency (NDLEA), the statutory agency of the Nigerian government charged with the responsibility of addressing the problem is apparently overburdened, very poorly funded and grossly understaffed. NDLEA is therefore unable to adequately tackle this debilitating social menace which has a clear correlation and tie of consanguinity with violent crimes like kidnapping, robbery, rape, terrorism and other transnational crimes.

Apart from the fact that personnel of NDLEA are ill equipped to sustain the fight headlong, they also appear laid back on any meaningful impact in the area of drug demand reduction (DDR), having particular regards to treatment, counseling, rehabilitation and social reintegration.

The main reason for the agency’s laid back approach to DDR is tied to one of the provisions in the NDLEA Act. In part II of the Act which deals with offences relating to drug abuse and trafficking subsection (1) of Section 10 thereof, the possession and use of drugs like cocaine, LSD, heroine among others is spelt out as an offense liable on ‘conviction to imprisonment for a term not less than fifteen years, but not exceeding twenty five years’. The logical implication of this is that addicts and/or rather victims are seen by the Act as criminally liable. Of course nobody who considers himself criminally liable will go to NDELA for help.

Yet subsection (3a) of section 7 of the Act provides for a counseling unit in collaboration with the Ministry of Health, which essentially is a DDR function. Under this section, the agency undertakes education, after-care rehabilitation and promotion of the welfare of convicts.

This is perceived as absurd, inconsistent and unreasonable when considered critically; for there is no drug abuse victim who is aware that possession of heroin or cocaine or even ordinary cannabis will easily send him to jail that will submit himself or herself to the NDLEA for counseling and rehabilitation. Of course there is no way anyone can use any substance without first possessing it.

It is in the light of the above, that the action which the upper chamber of the National Assembly took on Tuesday, 11 October 2017, is considered a positive omen pursuant to the effort to tackle the drug menace in the country. On that day Senator Baba Garbai representing Borno Central Senatorial District moved a motion at the Senate plenary on the urgent need to check the rising menace of drug abuse among youth in the northern part of the country.

In moving the motion, Distinguished Senator Garbai prayed the senate to mandate its committee on drugs, narcotics and health to investigate the drug scourge pursuant to appropriate action thereto. Whereas Senator Garbai’s motion is thought of as timely, it is however unfortunate that it focused only on a particular section of the country.

This is considered unfortunate against the sad reality of the prevalence of the drug menace across the nation. Though it has been alluded to earlier in this piece, it suffices to add here at the risk of accentuation, that current participant observation research efforts are indicative of the fact that a wide array of controlled substances can now be procured by young people over the counter (OTC) in pharmaceutical and even patent medicine stores or joints in villages, towns and cities within the country.

It is not unusual to now find young boys and girls strolling casually to medicine stores to buy amphetamines like dexamphetamine, anabolic steroids, and benzodiazepine including diazepam, flunitrazepam, temazepam, buprenorphine, diamorphine, ecstasy, codeine and other prescription drugs for their consumption.

The situation, to say the least, is pretty scary and awe inspiring. Controlled substances are so-called because of their detrimental effects on general human health and wellbeing irrespective of their pharmacological value. It is for this reason that these substances are usually registered and scheduled by government and strictly controlled with penalties for those who violate these controls.

Considering the fact that it is not all such substances that are illicit, and that some of them fall under prescription drugs which could be available to members of the public in pharmacy shops, but strictly on medical prescription, it amounts to unwholesomeness and gross ethical malpractice therefore if these drugs are dispensed for abuse over the counter (OTC).

In view of the above, it is strongly suggested that the Senate Committee on Drugs, Narcotics and Health in investigating the matter, should among other steps, consider the review of existing laws on the scheduling of drugs.

The committee may in so doing consider nascent scientific trends on bio-psychosocials dependency potential and other effects of these substances by borrowing a leaf from the US Drug Enforcement Agency (DEA) scheduling system.

A new controlled substances Act should not only strictly forbid and punish the production, possession, illegal sale and dispensing of such substances but make it socially unattractive to be involved in abuse of such drugs. The later part of this advocacy is achievable through conscientization. This should begin with the restructuring, strengthening, adequate staffing, better funding and equipping of the NDLEA for execution of interdiction of drug offenders.

Sections of the existing NDLEA Act that are clearly absurd, contradictory and inconsistent should be expurgated from it in order to sever the crippling effects that have seriously hampered its function of ridding our society of the illicit drug scourge.

Finally, it is hereby very strongly advocated that drug counseling centres should be established in every Teaching Hospital and Inspectorate Unit of the Federal and State Ministries of Education in the country. Such units should also be set up in social welfare department and related agencies to effectively deal with the wide range of issues in drug demand reduction (DDR) in the country.

NOTE:Opinions expressed in this article are strictly attributable to the author, Rekpene Bassey, and do not represent the opinion of CrossRiverWatch or any other organization the author works for/with.

By Patrick Obia and Marilyn Uyanah As Nigerians prepare to join the muslims celebrate the birth of Prophet Muhammad,

By Patrick Obia Cross River Governor, Benedict Ayade has directed the immediate suspension of the transportation of all categories