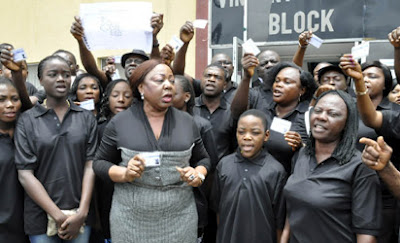 Abuja chapter of National Association of Seadogs (Pirates Confraternity) has said it will embark on a peaceful protest tomorrow in the Federal Capital Territory, FCT, to raise awareness on the current plight of indigenes of the disputed Bakassi Peninsula.

President of NAS, Abuja Chapter, Chief Ogbuehi Dike, said in a statement, yesterday, that the organisation owed the people of Bakassi and entire Nigerians a duty to bring to the fore the current plight of Bakassi people.

He said: “We will hold a peaceful demonstration to raise awareness of the current plight of the indigenous people of Bakassi, the Nigerian enclave that was ceded to the government of Cameroon following the October 10, 2002 judgment of the International Court of Justice, ICJ.

“As an organisation, we have been involved in the fight for the betterment of human society through activities, including but not limited to the struggle for the emancipation of the people of Darfur in Western Sudan from suffering and persecution as a result of the lingering war there, via the Save Darfur Initiative in 2007 and 2008.

“We believe that as a Nigerian organisation, we owe the people of Bakassi and indeed the entire Nigerians a duty to bring to the fore the current plight of Bakassi people.”

One commentOn Bakassi: Seadogs to March on Abuja Tomorrow