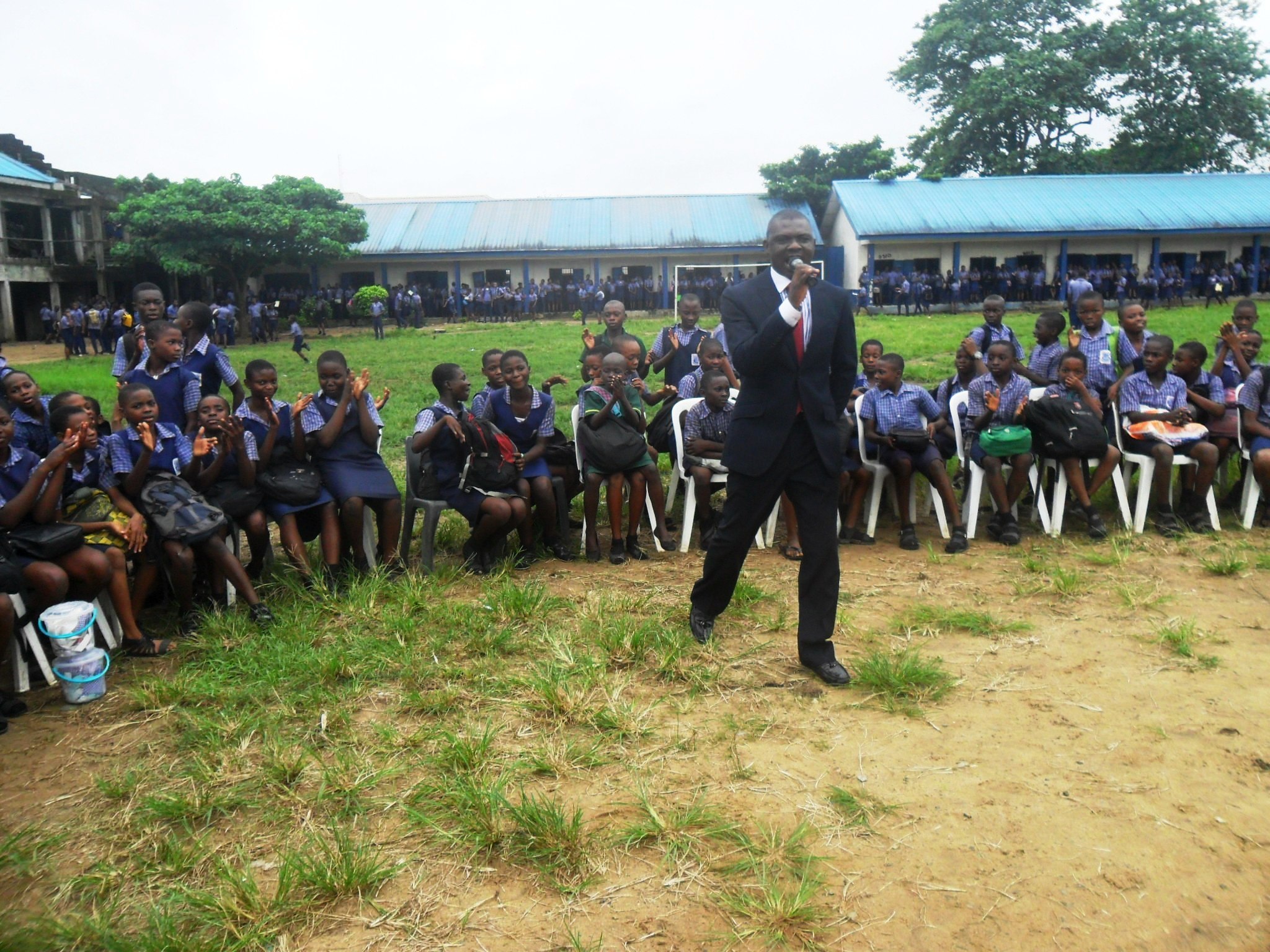 Members of Prevent Abuse of Children (PACT), a Non-Governmental Organization, NGO in Cross River State yesterday joined the rest of the world to celebrate the International Day of the African Child.

The event which held at Government Secondary School Akim, Calabar featured a drama presentation centered round the 2015 theme: “Accelerating Our Collective Efforts To End Child Marriage In Africa” and a paper presented by James bor, Esq. of Basic Rights Counsel Calabar titled “Please Save Our Children From Dishonorable Pedophiles Of The 7th National Assembly”.

Excerpts from his paper:

“The International Day of the African Child is celebrated every year since 1991 when it was first initiated by OAU (now AU). The day honors those who participated in the Soweto uprising in 1976 in which hundreds of children, who protested against the then South African apartheid regime for the need for improvement of the education provided to African children, were killed and thousands injured. The theme for this year is: Accelerating Our Collective Efforts To End Child Marriage In Africa.

“You will recall that in April, 2014 Wasila Tasi’u, a fourteen year old Child was arrested and later arraigned in a regular Court for allegedly killing Umar Sani (and his 3 Friends). She had been forced into marriage with the 35 year old Umar Sani in Kano State, Northern Nigeria. The good news is that the prosecution has dropped all charges against her and her release ordered.

“Our grouse with the bill includes the age limit set for potential victims of rape. The bill stipulates a life imprisonment for any individual found guilty of rape or sexual intercourse with children under 11 years; 10 years for incest; 10 years for child pornography or a fine of 2 million naira fine; and 14 years for sexual abuse, among others.

“The implication of this is that incidents of rape may not be considered crimes (s) if the victims are 11years. The proposed bill contradicts Article 21 (2) of the United Nations Convention on the rights of the child, 1989 which was ratified by the Nigerian Government in 1991; Article 18(3) of the African Charter on Human and Peoples’ Rights (Ratification and Enforcement) Act (Cap A9) Laws of the Federation of Nigeria, 2004; Articles 21(2), 27 (1) of African Charter on the Rights and Welfare of the Child; Section 29(4)(a) of the 1999 Constitution of the Federal Republic of Nigeria (as amended) and Section 277 of The Child’s Right Act, 2003.”

Organizers of the even say they lend their voice to calls by Prof. Wole Soyinka and Femi Falana, SAN, in condemning the Bill and urging President Mohammadu Buhari not to sign it into law.